Adele Says Her New Album Is Coming in September 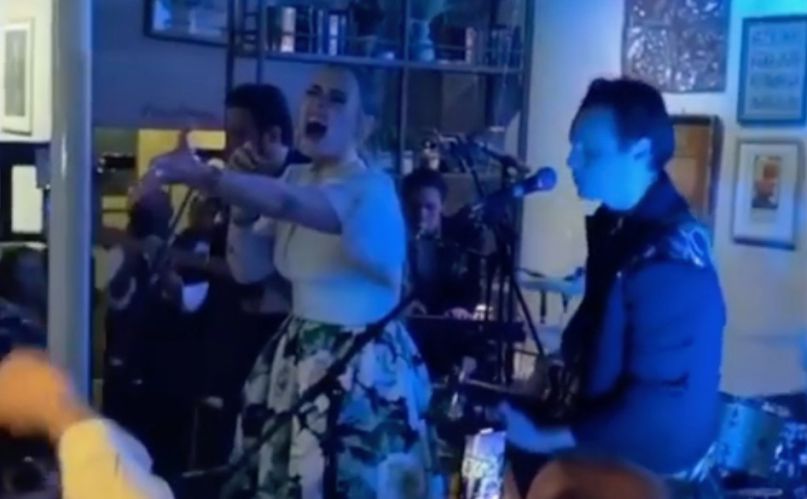 Over the weekend, the pop singer sang at and served as an officiant for a friend’s wedding. At some point during the evening, Adele let it slip that her follow-up to 25 is due out in September.

Audio of Adele’s proclamation was subsequently posted to social media, as was footage of her performing “Rolling in the Deep”. See the clips below.

Adele hasn’t said about her new music, but it’s safe to assume her breakup from husband Simon Konecki will be a large part of the album’s narrative. She insinuated as much in a social media post last year marking her 31st birthday.

“30 tried me so hard but I’m owning it and trying my hardest to lean in to it all,” Adele wrote at the time. “31 is going to be a big ol’ year and I’m going to spend it all on myself. For the first time in a decade I’m ready to feel the world around me and look up for once.”

The singer was filmed saying “expect my album in September” at her friend’s wedding party. pic.twitter.com/Zj0Ir76W2z