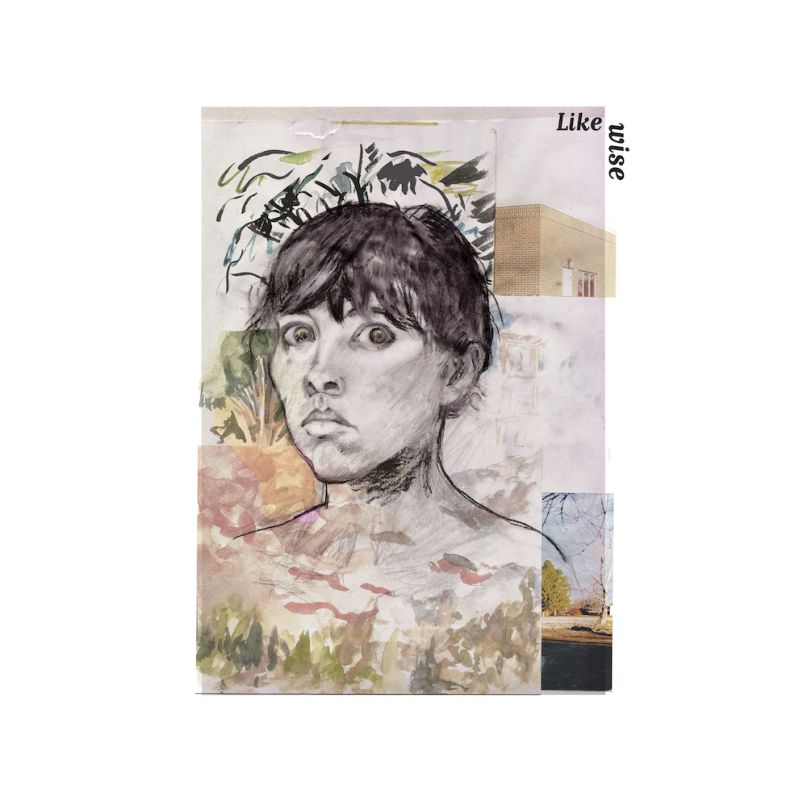 The Lowdown: Though her bandmates in Hop Along make some of the most muscular noise in all of indie rock, lead singer Frances Quinlan has never struggled to overpower them all. Her howls, erratic vocal melodies, and flamboyantly specific lyrics long ago established Quinlan as Hop Along’s obvious artistic director, so the notion of a solo album first seemed at least surprising and at most superfluous.

(Listen: Frances Quinlan on This Must Be the Gig)

But that album, Likewise, turns out to be scintillating: joyful, haunting, and often both at the same time. Quinlan’s solo debut under her own name (she had previously recorded solo as Hop Along, Queen Ansleis), Likewise announces the singer as a consummate balladeer who can pulverize with a whisper as much as a wail. These quiet, spacious, elastic songs allow Quinlan to stretch her imagination and tug at her subconscious and to share her dizzying findings in stark sonic relief. The result is an album of countless words that get at something ineffable — the capacity to be moved by sounds and images in their endless and baffling stream.

The Good: Quinlan is an adventurous wordsmith whose rhymes, somehow, manage to be simultaneously jarring and seamless. Take “Piltdown Man” and “Your Reply”, the tracks that open Likewise. The former’s first lines match “that of an” with “orangutan” while the latter’s link “precious force” to “dead horse,” with Quinlan stretching those single syllables out for all their worth. You don’t stop to question her because you’re caught up in her flow –persuaded, if not by her logic, by her freedom. “Think of the sound,” she implores us in opener “Piltdown Man”, issuing a kind of gentle instruction to the listener as the album commences. Don’t let your sense get in the way of your senses.

That’s the ethos that animates “Detroit Lake”, with its Joycean non-sequiturs about pigeons’ dietary habits, and “Now That I’m Back”, which references both spaghetti and a bust of Voltaire without tripping over itself. Quinlan is a compulsive observer, doling out stuffed lyrical invoices worthy of Blonde on Blonde. There’s a charisma in that that keeps you engaged through your momentary confusion, grateful for a guide to all the stimuli we usually ignore.

It doesn’t hurt that Quinlan matches these observations to gripping compositions spanning folk, pop, and even jazz. “Your Reply” is all sunny acoustic guitar and shuffling piano while “Rare Thing”, the lead single, offers a gently melancholic foray into electronica. True to her lyrical adventures, Quinlan’s music favors fragments over clearly parsed structure: It’s individual moments — sounds — that stick in your head, not entire songs. Just wait for that devastating chord change in “A Secret”, the album’s centerpiece and highlight. You’ll know it when you hear it and when you feel it in your chest.

The Bad: Likewise, for all its charms and quirks, is nonetheless fairly top-heavy; the opening five songs all explore distinct musical territory, with each one emerging strong and mysterious. It’s not that the back half of the record is weak, just that by the time we reach “Went to LA” and “Lean”, we feel we’ve been here before and that the first time meant more.

There are some treats to be found among the later tracks, notably the screams that conclude “Went to LA” — the only time on the album that Quinlan unleashes those signature caterwauls — and the serrated guitar that runs through “Carry the Zero”, the Built to Spill cover that closes the album. But those moments hit so hard, in part, because they help to plug a leak in momentum.

The Verdict: Without her bandmates hammering away beside her, Frances Quinlan’s songwriting reveals itself to be even more idiosyncratic than we knew — and, at times, even more affecting. Likewise is a gorgeous solo debut from a unique singing and writing voice, a record that quietly gets under your skin and stays there.

Essential Tracks: “Your Reply”, “Detroit Lake”, and “A Secret”