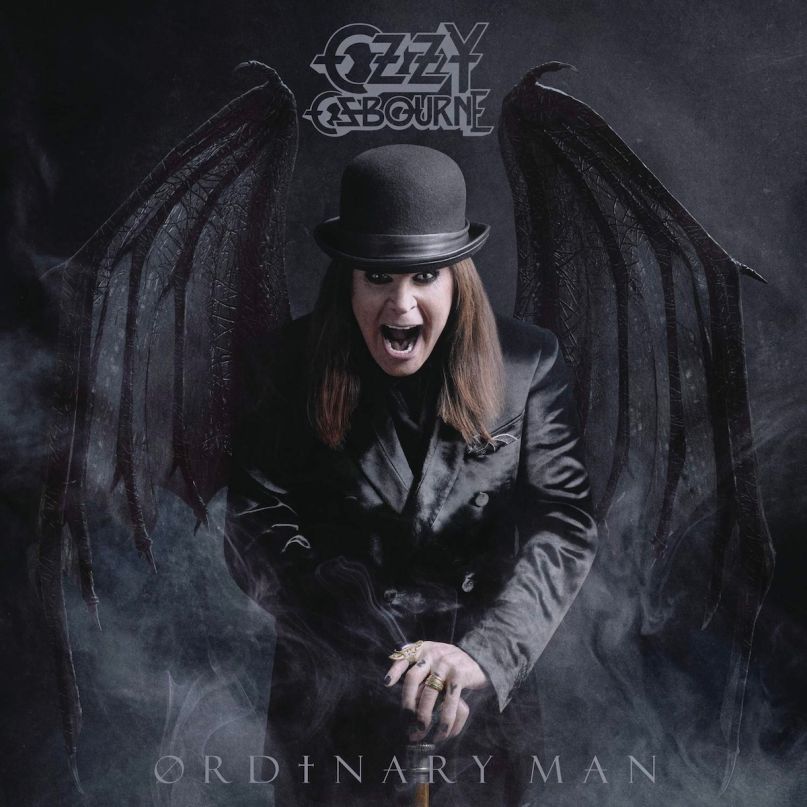 The Lowdown: Ozzy Osbourne is back with his first solo album in 10 years, but the recent road to its release has been a tough one. The metal godfather has experienced the “worst f**king year” of his life, as he put it, but managed to find time to record a new LP, Ordinary Man.

Ozzy had kicked off his “No More Tours 2” farewell trek in 2018, and things were going smoothly until late that year. First, he was hit with a staph infection that resulted in a hospital stay. Then, in early 2019, he battled pneumonia and suffered a serious fall at home, forcing him to postpone all of his 2019 tour dates. On top of all that, it turns out he had been battling Parkinson’s disease the entire time, revealing earlier this year that he was first diagnosed with the condition in 2003. He has since canceled his 2020 North American tour, which had been rescheduled from last year.

In the midst of his personal hell, Ozzy was asked to guest on a song called “Take What You Want” by hip-hop star Post Malone, and the creative floodgates opened wide. Malone’s producer, Andrew Watt, began working with Ozzy on a new album, with Watt playing guitar and Guns N’ Roses bassist Duff McKagan and Red Hot Chili Peppers drummer Chad Smith rounding out Ozzy’s backing band. Along with Ozzy, the three musicians churned out an album’s worth of songs in a very short period of time. Throw in some high-profile guest musicians like Malone, Elton John, Slash, and Tom Morello, and — voilà — Ordinary Man was complete.

The Good: Despite all of his health setbacks, Ozzy’s singing sounds as strong as ever on Ordinary Man. Sure, there might be a little studio magic helping the cause, but Ozzy’s voice remains one of heavy music’s most underrated marvels. He may not have the range of fellow metal gods like Bruce Dickinson, Rob Halford or the late Ronnie James Dio, but there’s a haunting quality to Ozzy’s voice that is as unique as it is spine-chilling.

First single “Under the Graveyard” captures Ozzy at his finest, as the Prince of Darkness sings the mid-tempo verses over a beautiful guitar melody before launching into an anthemic chorus. Lyrically, the song captures Ozzy’s recent pain and suffering, as he sings, “Today I woke up and I hate myself/ Death doesn’t answer when I cry for help.”

The best riff on the album belongs to Slash, who guests on the leadoff track “Straight to Hell”, a scorcher that casts Ozzy as the devil. With a nod to Black Sabbath’s “Sweet Leaf”, as Ozzy kicks things off with a very similar “Alright now”, the song is sinister and heavy. However, it proves to be a bit of a misleading intro to the album, as the rest of the tracks rarely rock as hard as the opening number.

Elton John lends his vocals and piano skills to the title track, “Ordinary Man”, a simple ballad that is certainly enhanced by the fact that it features two iconic voices of rock.

Throughout the album, the musicianship is topnotch, with McKagan and Smith serving as an all-star rhythm section. Meanwhile, Watt proves himself to be a fine guitarist, while his production on Ordinary Man is both crisp and grand.

The Bad: Before his health setbacks, Ozzy had welcomed back guitarist Zakk Wylde to his touring outfit, and the band (including bassist Blasko and drummer Tommy Clufetos) sounded amazing in 2018 when they kicked off the “No More Tours 2” trek. Zakk brought an old-school vibe that was electrifying onstage, and it was quite surprising to learn he wouldn’t be a part of this new Ozzy album. As good as the musicianship is on Ordinary Man, it’s almost too clean and too slick. In essence, it’s a very commercial rock album, and it would have been cool to hear some more down-and-dirty metal injected throughout.

While the singles are strong, songs like “Goodbye”, “Eat Me”, and “Scary Little Green Men” get lost in the shuffle. And there’s some rock-by-numbers going on, as the riff on “Today Is the End” sounds somewhat like a slow version of Metallica’s “Enter Sandman”, while the intro to “Ordinary Man” borrows a bit from Mötley Crüe’s “Home Sweet Home”.

The Verdict: While Ordinary Man doesn’t stack up against early Ozzy classics like Blizzard of Ozz and Diary of a Madman, it is a step up from recent LPs like Black Rain and Scream. There’s strong songwriting, both musically and lyrically, with a handful of infectious choruses throughout the album. If anything, Ordinary Man suffers from being too crisp and too polished. Still, to know that Ozzy recorded this album at 70 years old, plagued by a bevy of health issues, is impressive, to say the least. In the face of all these obstacles, there’s light still shining on the Prince of Darkness.

Essential Tracks: “Straight to Hell”, “Under the Graveyard”, “Ordinary Man”