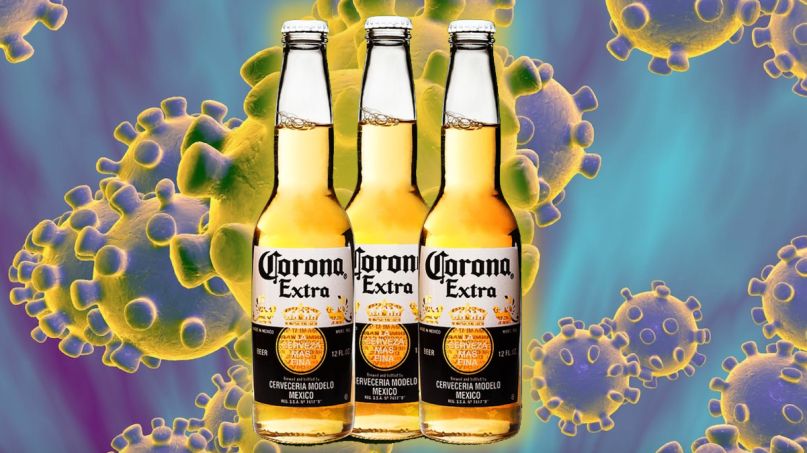 Corona beer and the coronavirus

Coronavirus’ spread across the US is not a matter of if, but when, and many Americans have begun taking precautions to avoid contracting the contagious illness. While the CDC has warned that trimming your facial hair might be a good start, some are taking more extreme measures, as a new report indicates Americans are actually abstaining from drinking Corona beer in hopes of dodging the virus.

In a recent survey conducted by 5W Public Relations that polled 737 American beer drinkers, a startling 38% said they would not, under any circumstances, drink the popular Mexican beer during the current viral outbreak (via New York Post). To be clear, there is no known (or logical) connection between the beverage and the novel coronavirus (other than its name), yet 16% of those surveyed said they weren’t so sure of that.


For some, it’s less about worrying that consuming the beer might lead to infection and more about saying the name aloud in public. (As though it might conjure the Candyman.) Out of those polled, 14% said they regularly drink Corona beer, but wouldn’t order it out in the open.

As such, 5WPR founder Ronn Torossian predicts Corona will face financial hardship as long the epidemic persists. “There is no question that Corona beer is suffering because of the coronavirus,” Torossian said. He continued,

“Could one imagine walking into a bar and saying, ‘Hey, can I have a Corona?’ or ‘Pass me a Corona’? While the brand has claimed that ‘consumers understand there’s no linkage between the virus’ and the beer company, this is a disaster for the Corona brand. After all, what brand wants to be linked to a virus which is killing people worldwide?”

While it sounds like a dire time for the beer brand, Corona’s parent company, Constellation Brand, disputes the poll’s claims. According to Constellation rep Maggie Bowman, the beer’s sales are still just fine. “There’s a lot of misinformation being shared across the media that doesn’t match consumer behavior,” she said. “By and large, our consumers understand there’s no linkage between the virus and our beer business.”

While it actually has nothing to do with the beer, the fact remains the coronavirus has become a serious epidemic. Musicians like Green Day and BTS have had to cancel a slew of tour dates in Asia, and big budget film Mission Impossible 7 recently had to halt production in Venice, Italy.

Hopefully, all this name confusion doesn’t affect attendance for the upcoming Corona Capital Festival in May. If you’re still planning on going, get tickets to the fest here.