Iron and Wine and Calexico Return Home After 15 Years

Assembly invites you to rehearse with Sam Beam, Joey Burns, and John Convertino 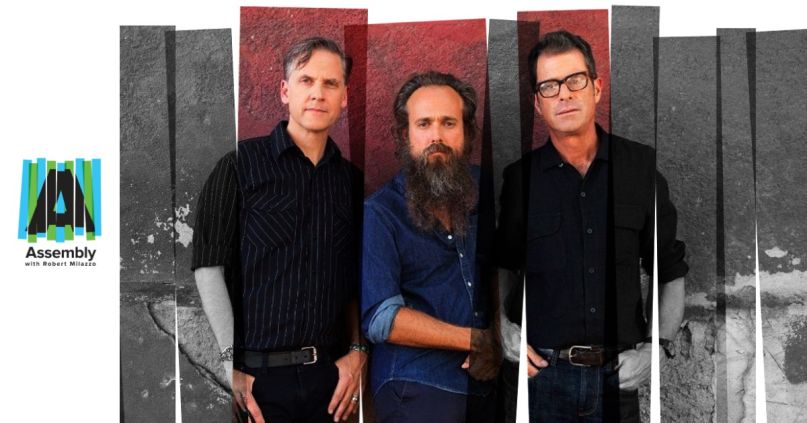 Assembly - Iron and Wine with Calexico

In the second part of Assembly Season 1, Iron and Wine and Calexico attempt their first public performance together in 15 years in support of their 2019 reunion record, Years to Burn. To add even more butterflies to the gut, the show takes place in Sam Beam’s adopted state of North Carolina — and it’s sold out. No pressure! No pressure at all!

Lots to do before then, though, as we assemble smack-dab in the eye of rehearsals. Listen closely amidst the myriad languages the guys will learn to speak fluently this season. These are conversations not only amongst artists, but between the clock whisperers, caretakers, and silent collaborators integral to getting this show on the road.

Oh, and it wouldn’t be a hometown gig without some school friends and family members dropping in — some announced, others unbeknownst — to wish Beam, Joey Burns, and John Convertino bon courage.

Some things never change. While others can only be understood in time.