The GNR frontman has been adamantly anti-Trump over the years 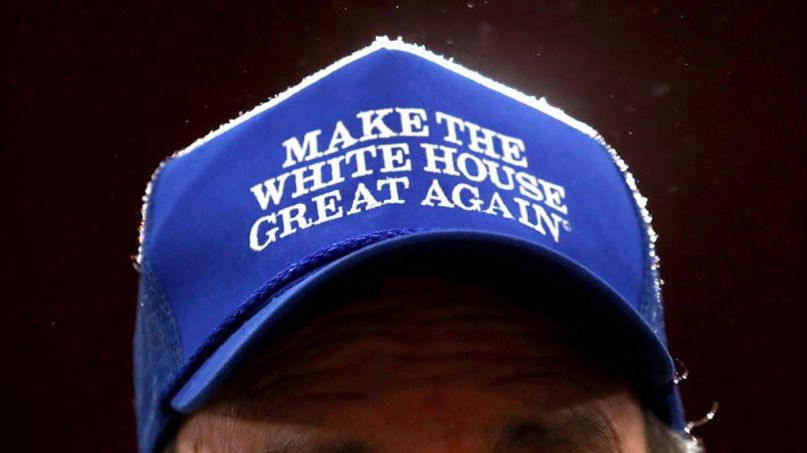 Guns N’ Roses frontman Axl Rose hasn’t been active on social media for a few months. But with election season heating up, the singer broke his silence with a politically motivated tweet of a man wearing a blue hat that reads, “MAKE THE WHITE HOUSE GREAT AGAIN”.

It’s an obvious dig at President Trump and his red “MAKE AMERICA GREAT AGAIN” hats, and it comes as no surprise. Rose has been vocal about his ire for the Trump administration over the years. Back in 2018, he blasted Trump after the president blamed the California wildfires on forest mismanagement.

“Um…actually…it’s a lack of federal funding that’s at the ‘root’ of the purported forest mismanagement,” Rose tweeted at the time. “Only a demented n’ truly pathetic individual would twist that around n’ use a tragedy to once again misrepresent facts for attempted public/political gain at other’s expense.”

Before that, Rose encouraged fans to beat a Trump pinata at a show in Mexico City after the election in December 2016. And in January 2018, Rose tweeted that the administration is the “gold standard of what can be considered disgraceful.” He then encouraged his fans to vote Democrat in the mid-term elections later that year.

“We have an individual in the WH that will say n’ do anything w/no regard for truth, ethics, morals or empathy of any kind,” Rose wrote back then, “who says what’s real is fake n’ what’s fake is real. Who will stop at nothing 4 power feeding off the anger n’ resentment he sows 24/7 while constantly whining how whatever doesn’t go his way is unfair.

“Most of us in America have never experienced anything this obscene at this level in r lifetimes n’ if we as a country don’t wake up n’ put an end 2 this nonsense now it’s something we definitely will all pay hard 4 as time goes on.”

Rose has expressed some controversial political incorrectnesses of his own in the past (i.e., the lyrics to GNR’s “One in a Million”), but as of late, the singer has reserved his more pointed opinions for Trump.