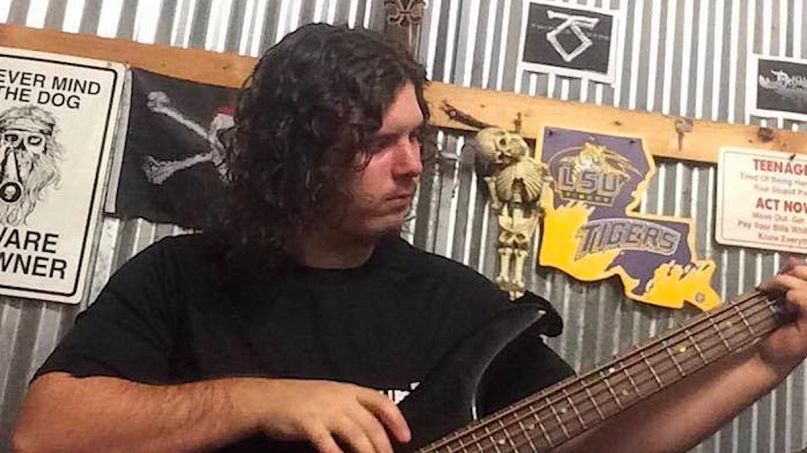 Louisiana man Holden Matthews, 22, will be sentenced to a minimum of 10 years in prison for burning three Baptist churches last year. In his guilty plea, Matthews, who played bass in the band Vodka Vultures, admitted to burning the churches in order to “raise his profile” as a black metal musician.

According to the Department of Justice, Matthews’ plea stated that he burned the churches “because of the religious character of these buildings, in an effort to raise his profile as a ‘Black Metal’ musician by copying similar crimes committed in Norway in the 1990s.” All three churches had “predominately African-American congregations.” Matthews will be sentenced on May 22nd and faces a mandatory minimum of 10 years in prison, and a maximum sentence of 70 years.

“Holden Matthews made a conscious decision to randomly target and destroy churches within his own community,” Special Agent in Charge Bryan Vorndran said in a statement. “His atrocious actions inflicted severe pain and grief upon these congregations, as well as all of St. Landry Parish.”

Matthews’ crimes attempted to copy those of convicted murderer Varg Vikernes and late Mayhem guitarist Euronymous — the central figures of the Norwegian church burnings of the early ’90s — as depicted in the 2019 movie Lords of Chaos. Matthews had previously made white-supremacist jokes online and interacted with church-burning memes featuring Vikernes.

It’s not only recent incident of such a copycat crime. Last year, a New Zealand black metal drummer was charged with burning two Mormon churches, also eerily similar to the Norwegian burnings.