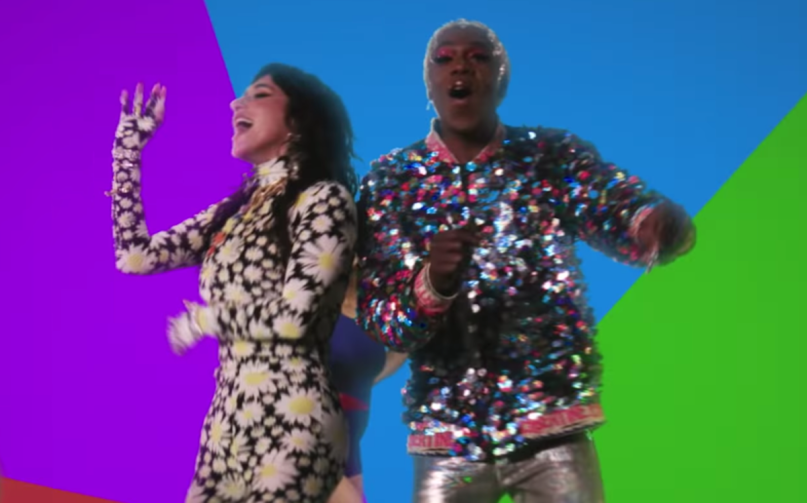 On the joint offering, the New Orleans bounce legend and the pop star talk about the importance of embracing themselves and rising above their enemies. “Now I pray for, all my rivals/ Used to fight ’cause they always called me sissy,” Big Freedia says on the opening verse. “I was fight enough to never let ’em hit me/ And the church always tried to judge me/ But I know that God’s the only one above me.”

The song comes with an official video helmed by directors Jonah Lincoln Best and Lagan Sebert. Check out the colorful, rainbow-filled clip below.

Both Big Freedia and Kesha are touring together. Grab your concert tickets here.