The band has also shared the LP's lead single, "Can't Cool Me Down" 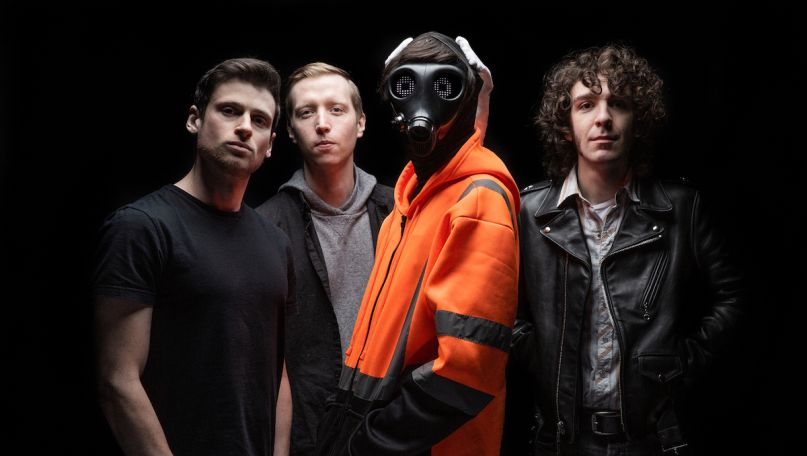 Car Seat Headrest have announced a new album, Making a Door Less Open, due out on May 1st via Matador Records. The album follows 2018’s Twin Fantasy (Face to Face), but marks the Will Toledo-led project’s first collection of all new songs since 2016’s Teens of Denial. In addition to sharing the LP’s lead single, “Can’t Cool Me Down”, CSH have plotted out a North American summer tour.

Making a Door Less Open has been in the works since the beginning of 2015. Much of the music was spurred on by an electronic side collaboration between Toledo and CSH drummer Andrew Katz called 1 Trait Danger. As the projects began to bleed into one another, the band decided to record MADLO twice, first with guitars, drums, and bass as usual, and a second version built on MIDI and synthesized sounds. Elements from both sessions were then mixed together with additional overdubs to create the final product.

In a statement on Car Seat Headrest’s website, Toledo described the resulting music:

“Each track is the result of an intense battle to bring out its natural colors and transform it into a complete work. The songs contain elements of EDM, hip hop, futurism, doo-wop, soul, and of course rock and roll. But underneath all these things I think these may be folk songs, because they can be played and sung in many different ways, and they’re about things that are important to a lot of people: anger with society, sickness, loneliness, love…the way this album plays out is just our own interpretation of the tracks, with Andrew, Ethan and I forming a sort of choir of contrasting natures.”

As a first listen, the band has shared “Can’t Cool Me Down”, and you can certainly hear the cross pollination of styles. Take a listen below.

In support of Making a Door Less Open, Car Seat Headrest have mapped out a summer tour. It launches in St. Paul, Minnesota on May 27th before heading off to Detroit, Boston, Philadelphia, Raleigh, Atlanta, Nashville, San Francisco, Austin, and beyond. There are also multi-night stands in Chicago (May 29th and 30th), Toronto (June 3rd and 4th), New York (June 9th, 10th, and 11th), and Vancouver (July 9th and 10th). Twin Peaks will open a number of the shows.

Find the full schedule below, and get tickets to all the band’s upcoming dates here.

Meanwhile, pre-orders for Making a Door Less Open are available now. Find the tracklist and cover art ahead.