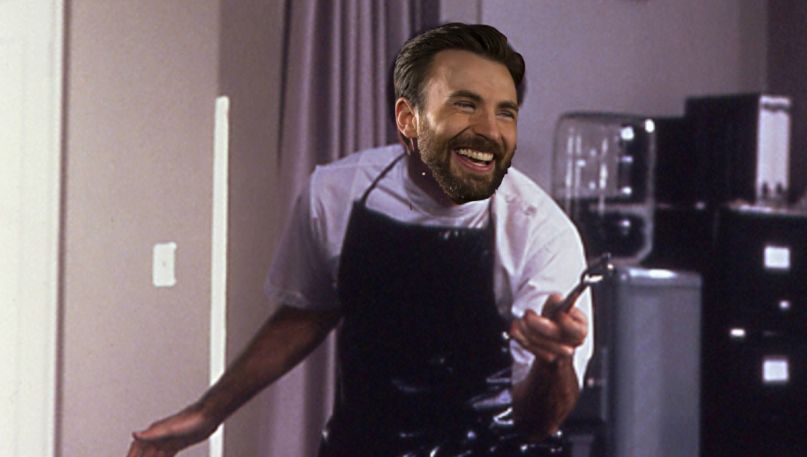 Most are familiar with Chris Evans as the hero in his role as Captain America, but movie-goers may soon get a chance to see him as a villain instead. The actor is in talks to play the evil dentist Orin Scrivello in the upcoming remake of the cult-movie-turned-musical Little Shop of Horrors.

The story centers on Seymour, a shy florist who works at Skid Row Florists under the grumpy owner Mr. Mushnik, all the while in love with his coworker, Audrey. Things take a turn when our protagonist comes across a venus flytrap-looking plant he names “Audrey II.” It’s all fine for a minute, until the plant begins to demand human blood, then bodies. Evans would play Orin Scrivello, Audrey’s abusive and evil boyfriend, who takes sick pleasure in his work.

Along with Evans, Warner Bros. is circling Scarlett Johansson and Taron Egerton to play Audrey and Seymour, respectively, while Billy Porter is on board to voice Audrey II.

The original story got its start as the 1960 Roger Corman movie, which turned into a popular Broadway musical in the early ’80s, then into a 1986 movie starring Rick Moranis. In that version, Steve Martin played the dentist. It became a fairly beloved performance, so it seems likely Evans will take a very different approach to the role.

With Greg Berlanti directing, the film is set to go into production this summer.