Osgood Perkins on the Power of Dread and Women In Horror 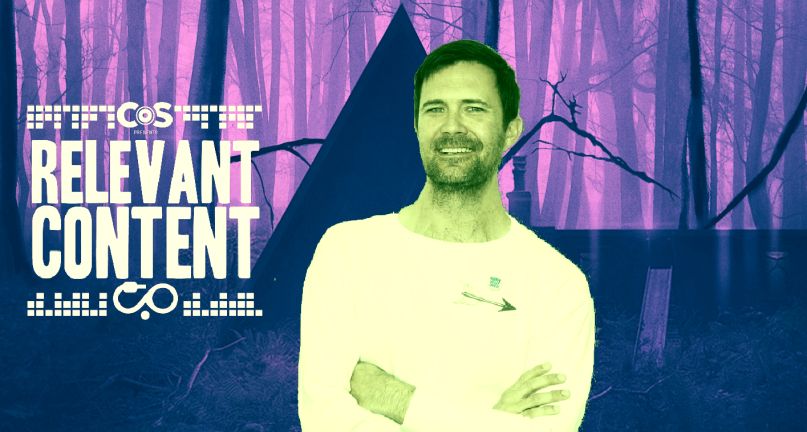 Osgood Perkins is modest. Maybe too modest. By the end of our lively chat, the filmmaker shrugs off any sense of ego, admitting, “As soon as I feel like I know what the fuck I’m doing behind the camera, I might find my way back to the front because I’m still new at all this, man. All of these experiences are first timers. This was the first studio movie.”

His feature films hardly warrant such humility. 2015’s The Blackcoat’s Daughter arrived dressed in Lynchian dread. His followup, 2016’s I Am the Pretty Thing That Lives in the House, pivoted into the kind of lingering anxiety that Polanski trademarked. And his latest feature, Gretel and Hansel, brings Jodorowsky to a timeless children’s tale.

No, Perkins is doing just fine, and as we learned from our conversation, he’s heading towards greener pastures — like The Twilight Zone! Before looking ahead, however, Perkins spent some time with us discussing his style, why women are paramount to the horror genre, shooting in Ireland, and much more. He even shared his list of horror movies.

Below, you can read abbreviated selections from the conversation. However, if you’re looking for the whole thing, be sure to check out this week’s episode of Relevant Content, which airs Wednesday, February 5th at 3 PM EST exclusively on Consequence of Sound Radio via TuneIn. Consult this week’s full schedule for future rebroadcasts.

On dread over jump scares

When I first started Blackcoat’s Daughter, back when it was called February, when I wrote it, it was still a time where horror movies were sort of cheap. It was like a cheap date. Like, “How can we make something that people will see on Friday and Saturday, and then hopefully forget about on Sunday, and pretend like it never happened.” It was kind of shit. So, as that corner was turning, when I wrote that, I was lucky to be a part of the movement of The Witch and It Follows and The Babadook — these kinds of movies where all of a sudden it was like, “Oh yeah, right.”

Horror movies are elegant and humanistic and poised and weird and sad. I think it was such a positive turn for everybody. For me, jump scares, they don’t do anything because it’s not what it’s about. It’s a little bit more what you get from a roller coaster.  And for me, the horror genre has always been about sort of what we don’t know, and what we can’t see, and what we can’t fully understand, and what’s coming for us.

We all know that everybody ends and we all end in our own way. That kind of dread that we all live with, sometimes a little bit, sometimes a lot, is what powers the genre. For me it’s more about what hides behind the door, the curtain, what’s under the chair, or the table, what can’t we see in the box. Like that’s that. And to me, jumping out is never the answer.

I think [dread] is usually written. It’s usually embedded in what’s on the page. But also the editing room, for sure, and sound is such a huge part of everything. The use of sound and no sound and how powerful silence can be. Silence is the best horror movie noise. Knowing you have that to rely on, knowing that you can always dip into silence, or dip into not seeing anything in a shot. With I Am the Pretty Thing That Lives in the House, a lot of times everybody’s looking for something that they can’t see — and I think that was how we built up the threat in that movie.

On shooting in Ireland

Ireland is one of those places where you can’t just point the camera and shoot because you’re like, “Okay, let’s shoot this way. Oh no, look, the light just changed.” It’s so protean and ephemeral out there. And so really sort of enchanted. But it was definitely a boon for the movie. Most of the locations, all the exterior stuff is just as we found it. The area we were in was County Wicklow, which they call The Garden of Ireland, which, to me, always felt semi-ironic cause everywhere is a garden. You’re surrounded by a garden in all directions.

On why horror demands to be female-centric

The horror genre relies so much on the complexity of the emotional and the subtlety of the emotional and the subtlety of perception. To me, those are all very sort of feminine qualities, you know? The hammer of maleness feels far too aggressive — like it breaks the shell. And I think that what we’re trying to do with these pictures is we’re trying to build an atmosphere of dread and suspense and curiosity and longing … and that feels feminine to me. And so, for whatever reason, it tends to pass through protagonists.

On the pitfalls to avoid when writing female roles

I try to avoid writing them as women. I try to avoid saying this is what’s true for a woman only, or this must be how women experience things. Rather, this must be how I might experience this thing if I was more in tune. So, it allows for the female characters, for me, to be more intrinsically connected to what’s going on. And there’s this layer of subtle understanding that is more powerful for the protagonist because they become a better guide. The male protagonist as a guide is sometimes just overly kind of clumsy. I don’t mean to make any blanket statements. Energetically, it just feels the male protagonist often feels clumsy to me, while the female protagonist feels cautious and curious and subtly connected. I hope that makes sense.

On the allure of Gretel and Hansel

More than anything, I was interested in that quality of how we attach ourselves to people, places, and things, and how there’s the human instinct to both be attached and to also kind of be free. And that part of individuation of any person as we kind of evolve through our lives and become who we are. It’s that interplay between how much of the world do I cling to, and how much of the world am I able to completely let go of.

And so, because the task of the human being, ultimately in the end, is to let go of everything and everyone: how are we able to kind of practice that? And so in this story, I saw the opportunity just to see someone who’s being told to practice detachment, practice being on your own, practice having no kind of burden of love in a way, you know? No burden of attachment, practice what that’s like and see what comes with it.

And then I became really hooked on the quality of, well, it’s always been Hansel and Gretel. Now, it’s Gretel and Hansel, but what if we can get to a place by the end of the movie where they are kind of splitting and it’s saying, “No, now it’s going to be Gretel over here, and Hansel going this way.” I wanted it to play with the notion of everybody always thinking of Gretel and Hansel as a unit.

What if we could move towards some kind of separation?

On the timeless nature of fairy tales

Frankly, the simplicity with which they’re preserved, the matter-of-fact simplicity with which they’re presented, and the matter-of-fact simplicity of expressing such horrible truths. Fairytales are meant to be instructive cautionary tales for kids, to sort of say, “At some point, you’ll go out into the world and at some point, you’ll see that the world essentially wants to pull you under.”

Like as much as it feels good to tell a kid the world is your oyster, it’s also really essential, I think, to say, “Be careful,” because it’s populated with just the worst kind of shit all over the place. And so the cautionary, I feel, registers with everybody at an early age when they’re sort of given this coded lesson of how to be safe in an increasingly fucked and random and dangerous world.

There were these kind of very basic elemental archetypal symbols of bravery or individuality or kind of self-reliance. It’s almost like the promise of self-reliance is held at the center of fairytales — and it’s so useful in the world today where it’s all just such a free for all.

On adapting other tales

You know, I had an opportunity before I made I Am the Pretty Thing That Lives in the House, to option We Have Always Lived in the Castle, the Shirley Jackson book, and ultimately talk about contemporary horror folklore at its very best. And I was on the starting line with that movie, and then just took my hands off it and said, “The book is too perfect. It’s just too perfect a thing. I got no business trying like a movie out of this.” And plus, I was going to make, I Am the Pretty Thing…, which was sort of my Shirley Jackson movie anyway. So I, if anything, I feel like the really great works, the really great books, it’s just best to kind of either leave them alone or in the case of, uh, We Have Always Lived in the Castle, let someone else try.

On moving beyond horror

I want there to be more weird humor in the things that I do. The next thing I’m doing is an episode of The Twilight Zone that I wrote and I’m directing for Jordan Peele and that gang. And so, yeah, to kind of be just like a little bit more in the … sophisticated comedy is not the right word, but, like the slyly dead-pan world of horror or sci-fi would be cool for me. You know, to not always take everything so seriously.

On his favorite horror movies

Let the Right One In, Don’t Look Now, Eyes Without a Face, Eraserhead, Cat People… There’s a couple I always need to say that I always don’t say them cause I completely forget them. [a beat] The Strangers. I love The Strangers.

Gretel and Hansel is currently in theaters everywhere.