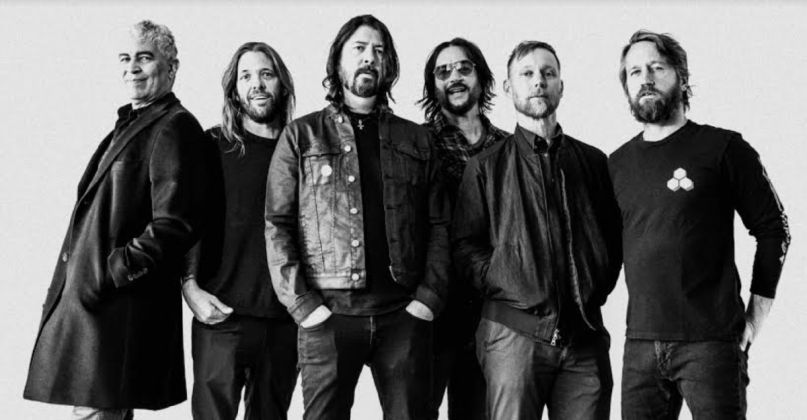 Update – March 16th: Foo Fighters have postponed their “Van Tour” until later this year due to concerns over the coronavirus.

Earlier this year, Dave Grohl promised “some seriously crazy shit” was in line to mark Foo Fighters’ 25th anniversary. The first tease came last week when the frontman confirmed the band’s new album was finished. Now, they’ve announced the formal kickoff to the celebration with an anniversary tour.

The 11-date trek will see the Foos returning to cities they played on their first-ever tour back in 1995. They’ll be playing in the round at a number of arenas, because as a press release notes, performing in the same club venues they did back then would be “too insane…” However, the PR goes on to ask, “Or would it?”, before teasing fans to “stay tuned for the answer to that question. Or answers…”

For now, the “2020 Van Tour” — named in memory of the Dodge van in which the band first took to the road — will kick off April 12th in Phoenix. Foo Fighters will then stop in Oklahoma City, Knoxville, Grand Rapids, Cleveland, Albuquerque, Wichita, Green Bay, and Cincinnati before wrapping up May 20th in Hamilton, Ontario. Update: The band has announced a date in Detroit for May 16th.

Each show will also feature a sneak peek at Grohl’s newly announced documentary, What Drives Us, which the rocker discussed earlier this month. The forthcoming film seeks to explore the question of “what possesses a particular tribe of human beings to leave behind jobs, families, relationships and any semblance of sanity to climb into a busted ass econoline and take their music to the people — or at least a dozen or so of them here and there.” What Drives Us features interviews from members of bands that have spent time touring in vans, including Black Flag, Dead Kennedys, Metallica, and The Beatles.

Foo Fighters also set to hit festivals like Boston Calling, Osheaga, and the New Orleans Jazz and Heritage Festival. Find tickets to all their upcoming gigs here, and see their complete tour schedule below.

In the lead up to the big 2-5 anniversary, the band launched their Foo Files archival series last summer. Collecting live tracks, covers, and rarities across several digital EPs, the series has seen covers of Arcade Fire and The B-52s; a live recording from Foo’s 10th anniversary concert in Roswell, New Mexico; and several B-sides that had never before been available digitally.

ARE YOU READY???
Join the Foos in commemorating their 25th anniversary by revisiting stops along their 1995 tour! IN THE ROUND! 🤘