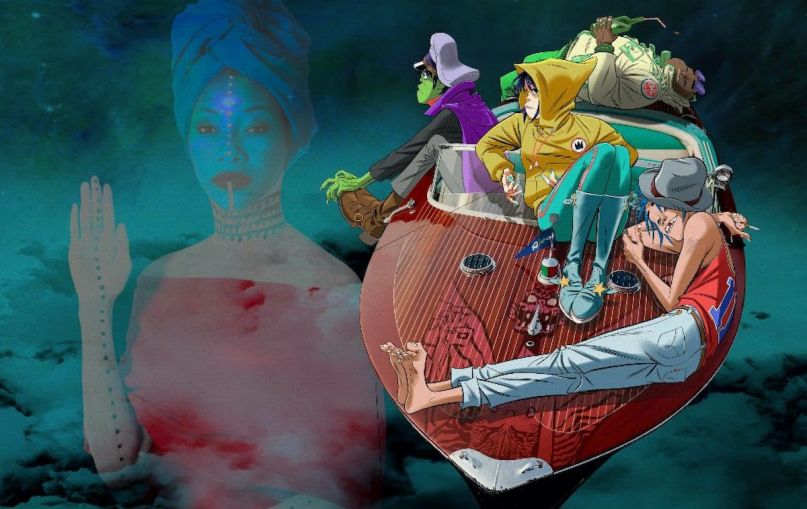 Last month saw Gorillaz officially launch Song Machine, an ongoing audiovisual series featuring new music from the animated band. The inaugural episode centered around “Momentary Bliss”, a collaboration with slowthai and Slaves that Consequence of Sound eventually named Song of the Week. Now, a second installment has been released, anchored by another new track called “Désolé” (French for “sorry”).

For “Désolé”, the cartoon collective enlisted the help of Grammy-nominated Malian artist Fatoumata Diawara. In a statement, drummer Russel Hobbs described the joint creative process as “a real moment for me.” “She’s an African Queen,” he said of Diawara. “This lady made the song what it is, beautiful, like life. What can I say about ‘Désolé’? They say sorry is the hardest word, but that’s not true… Try saying antidisestablishmentarianism with a mouth full of gluten free cronuts on a speed boat without licking your lips.”

The visual aspect of “Désolé” follows Gorillaz as they teleport — or try to — to Lake Como in Lombardy, Italy via a special Kong Studios portal. Watch below.

Subsequent Song Machine episodes will be delivered on a “spontaneous” basis, and one of those just might feature Tame Impala. The audiovisual project is meant to be “in direct opposition to the usual traditional recording/single/album release cycle.” Gorillaz, founded by Damon Albarn and Jamie Hewlett, last put out a full-length record in 2018 with The Now Now.