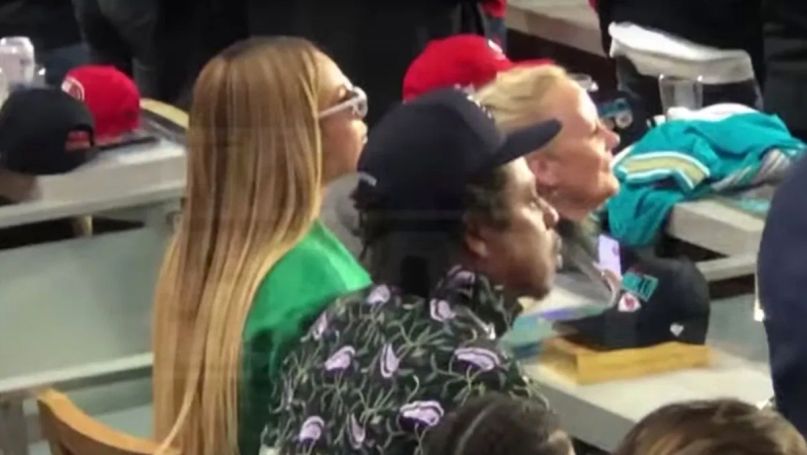 Beyonce and JAY-Z, screengrab via TMZ

When a camera caught Beyoncé and JAY-Z sitting during Demi Lovato’s performance of the National Anthem during the 2020 Super Bowl, people were thrown. JAY, after all, had been in something of a feud with Colin Kaepernick and his supporters over the hip-hop mogul’s new partnership with the NFL. Many, including Kaep himself, assumed it was some form of protest. JAY-Z has now refuted that narrative, saying, “It actually wasn’t. Sorry.”

Speaking at Columbia University on Tuesday (via TMZ), JAY was asked about why he, his wife, and their daughter Blue Ivy remained in their seats during Yolanda Adams singing “America the Beautiful” and Lovato’s stunning rendition. According to him, however, the action (or lack thereof) was “not premeditate at all,” and just the pair entering “artist mode.”

JAY-Z contextualized the situation, noting that Beyoncé had experienced a Super Bowl performance before and was aware of how nervous Lovato must have been. Meanwhile, as the NFL’s “live music entertainment strategist,” JAY was focused on the production, listening for mic levels and considering everything from speaker placement to camera cutaways. It wasn’t until after Lovato had left the field that someone called JAY and informed him he’d just sat through the National Anthem.

JAY went on to say he never would have put his young daughter in that situation — especially because impatient Blue wouldn’t have let him alone during any “protest.”

“I didn’t have to make a silent protest,” he added. “If you look at the stage, the artists that we chose, Columbian Shak[ira] and Puerto Rican J.Lo, we were making the loudest stance.”

JAY also brought up the Inspire Change campaign ad that aired during the Big Game, featuring former 49er Anquan Boldin discussing the killing of his cousin, Corey Jones, by a plain-clothed officer. “We were making the biggest, loudest protest of all. Given the context, I didn’t have to make a silent protest,” JAY-Z concluded.