Viewers found it to be too "sexually suggestive" 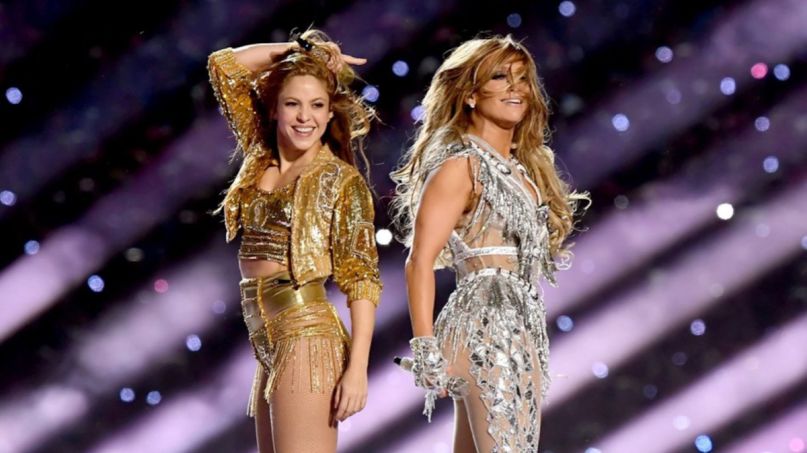 The 2020 Super Bowl Halftime Show featured a phenomenal performance from Jennifer Lopez, Shakira, J Balvin, and Bad Bunny that drew over 102 million viewers. But according to a new report about the Federal Communications Commission, their televised set earned over a thousand FCC complaints, too.

At no point during their Super Bowl Halftime Show did Jennifer Lopez or Shakira expose their genitals or nipples, nor did they do anything sexual on camera (as some complaints imply). Both headlining artists broke into various traditional Colombian dances, J Lo paid tribute to her Hustlers character by leaning off a lit-up dancers pole while completely clothed, and Shakira belly-danced to her megahit “Hips Don’t Lie” which, given the lyrics, even a blind person could have seen coming.

In 2019, the headlining musical artist actually did flash their nipples during the Super Bowl Halftime Show. In fact, they took their shirt off entirely and exposed their chest for multiple minutes while gyrating before the camera. But this only prompted 100 FCC complaints because it was Maroon 5 frontman Adam Levine. Obviously he wasn’t blacklisted from the music industry as if he was a woman.

All told, those FCC complaints only account for %0.001 of all viewers who watched the Super Bowl Halftime Show, but Shakira and J Lo decided to stand up for their right to look hot while performing anyway. “Both of us are really respectful performers who are moms and have kids and are very conscious of what we do,” Lopez told Variety. “We (put on) a show that I believe was a celebration of women and our Latino culture that I think was really well reserved. And that small faction of people who want to be negative about it, I can’t even let in.”