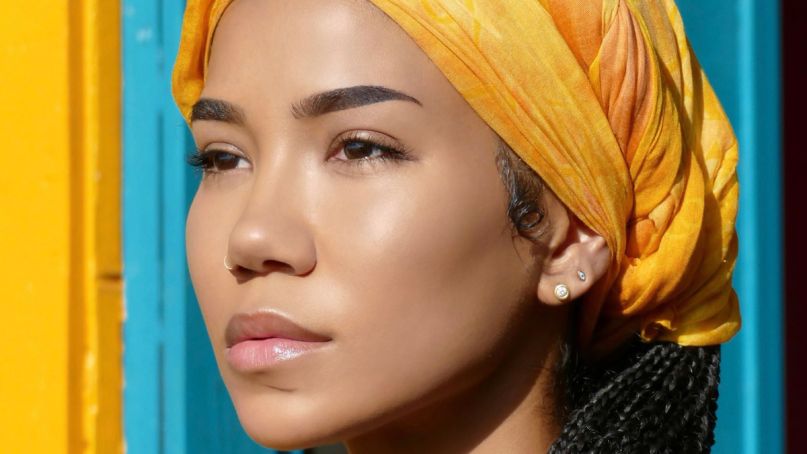 Jhené Aiko has announced the release date for her forthcoming new album, Chilombo — and it’s just a week away. The follow-up to 2017’s Trip is set for a March 6th debut via Def Jam Recordings. In anticipation of the LP, Aiko has shared the effort’s latest single, “P*$$y Fairy (OTW)”.

The LP’s title comes from R&B singer’s full name — Jhené Aiko Efuru Chilombo — and is a word that means “wild beast.” Fittingly, Aiko took inspiration for the album from the wildest beast in nature, the volcanoes of The Big Island of Hawaii. She first jammed out the songs in the tropical paradise, freestyling the lyrics as she went. In addition, she added crystal alchemy singing bowls to each track, a subtle way to introduce the concept of sound healing into her music.

Early previews of the record included “Triggered (Freestyle)” and “None of Your Concern”, both released last year. As a final advanced single, Aiko recently dropped “P*$$y Fairy (OTW)”. A sensual ode to sex, the song comes with a simple dance video the calls back to classic R&B clips of the ’90s. Watch it below.

Aiko is set to appear at the (confusingly announced) Lovers & Friends Festival as well as Hangout Music Festival. Get tickets to all her upcoming dates here.