Jhené Aiko Teams with Future and Miguel on Sexy New Single “Happiness Over Everything (H.O.E.)”: Stream

Plus, watch the accompanying music video for the Chilombo track 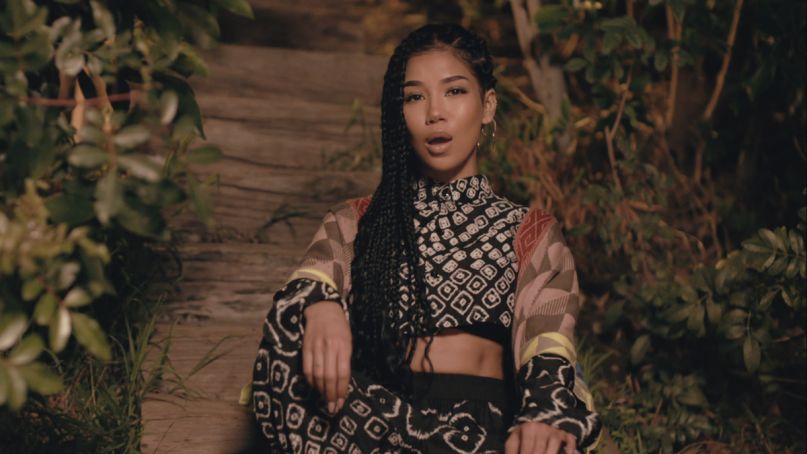 Jhené Aiko is continuing to dominate the news cycle this week, today dropping her fourth piece of major news. On Monday, she announced her new album, Chilombo, just two weeks ahead of its release. She also shared the lead single, “P*$$y Fairy (OTW)”, which she followed up on Tuesday by releasing the LP’s full star-studded tracklist. Thursday brought news of “The Magic Hour Tour”, and that just about catches us up to today.

For the week’s final goody, Aiko has shared her new single “Happiness Over Everything (H.O.E.)”, featuring Future and Miguel. The sexy and sex-positive track appears to play off an André 3000 skit, “Where Are My Panties”, from the classic 2003 double-LP Speakerboxxx/The Love Below. That interlude finds André expressing how he “don’t give a shit about givin’ it up on the first night/ That’s just lettin’ me know/ She know what she want outta life.”

Miguel re-works those lines on the “H.O.E.” chorus, while Aiko takes the other perspective on the verses. “Don’t be scared of my aggression,” she sings. “Just don’t get the wrong impression.” Future loses the thread a bit in his verse, autotune rap-singing, “I wanna dress you up, have you fresher than a stylist/ Think about any drama when your body traumatizing,” but otherwise the good vibes extend right into the track’s accompanying video.

Watch the clip, which finds the artists at a lavish Hawaiian-themed party, below.

Aiko’s massive North American tour kicks off May 1st in Boston. Tickets go on sale March 6th (the same day Chilombo drops) via Ticketmaster, but you can also get tickets to all of Aiko’s upcoming concerts — including appearances at Lovers & Friends Festival and Hangout Music Festival — here.