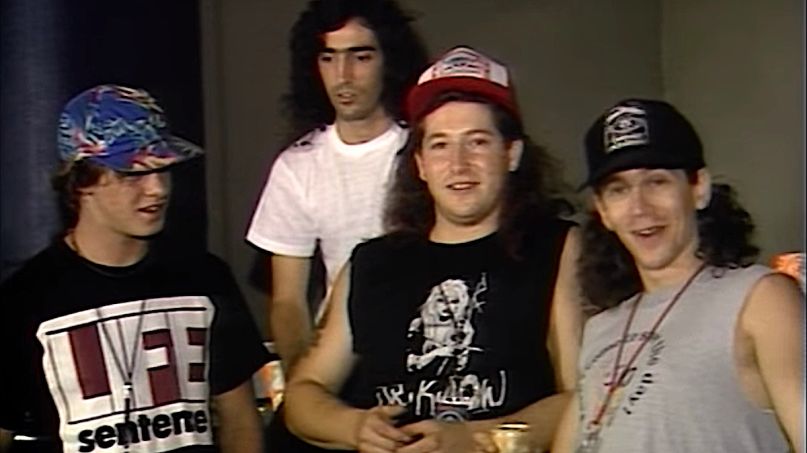 Josh Pappe, bassist for crossover thrash pioneers D.R.I. during their ’80s heyday, has died at the age of 53. The news was reported by the band’s founding guitarist Spike Cassidy. A cause of death was not immediately clear.

“RIP JOSH PAPPE. We were like brothers back in the day. I love you man,” Cassidy wrote on Facebook.

Pappe was a member of D.R.I. (short for Dirty Rotten Imbeciles) from 1983 through 1989, save for a brief time he left the band from 1984 into 1985. During his tenure in the group, he performed on the 1987 album Crossover, which saw D.R.I. transition from a hardcore punk group to a crossover thrash band and helped coin the term for the latter genre. He also appeared on 1984’s Violent Pacification EP and 1988’s 4 of a Kind album.

D.R.I., who formed in 1982 in Houston, Texas, remain an active band, led by original members Cassidy and singer Kurt Brecht.

Our condolences go out to Josh Pappe’s family, friends, and bandmates during this difficult time. Watch the music video for “Suit and Tie Guy” and a full 1987 concert at The Ritz, both featuring Pappe, below.