The outfit, dubbed KK's Priest, is working on its debut album 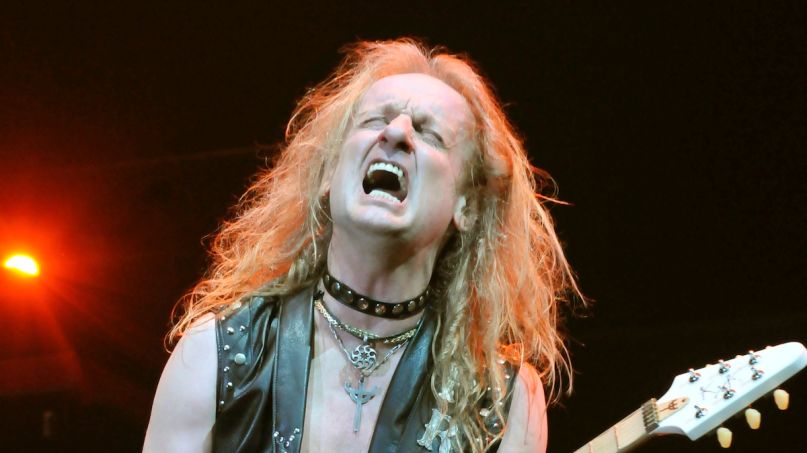 The band’s lineup touts other notable ex-Priest members including singer Tim “Ripper” Owens and drummer Les Binks. The lineup is rounded out by Tony Newton (Voodoo Six) on bass and A.J. Mills (Hostile) on guitar.

Downing was a founding member of Judas Priest, helping to form the band in 1969. He left the legendary metal outfit in 2011 over a breakdown in his working relationship with the band.

“Forging ahead with KK’s Priest was not only inevitable, but was essential for me to perform and deliver everything that is expected from me and KK’s Priest,” Downing said in a press release. “Due to the massive demand and overwhelming support from fans around the world, I feel this is where I belong, and a set combining the true, classic songs and sound of Priest, together with great, newly forged metal tracks, is what fans can expect when KK’s Priest takes to stages around the world.”

Last November, Downing played a one-off show with Owens, Binks, Mills, and Megadeth’s David Ellefson, performing Judas Priest classics and deep cuts. The show led to the formation of KK’s Priest, which signed to Explorer1 Music for their forthcoming debut album, due out later this year.

Check out fan footage of that initial performance alongside Ellefson below.