The Detroit rocker went hunting with Donald Trump Jr. and shot a buck using a gun named after Bryant 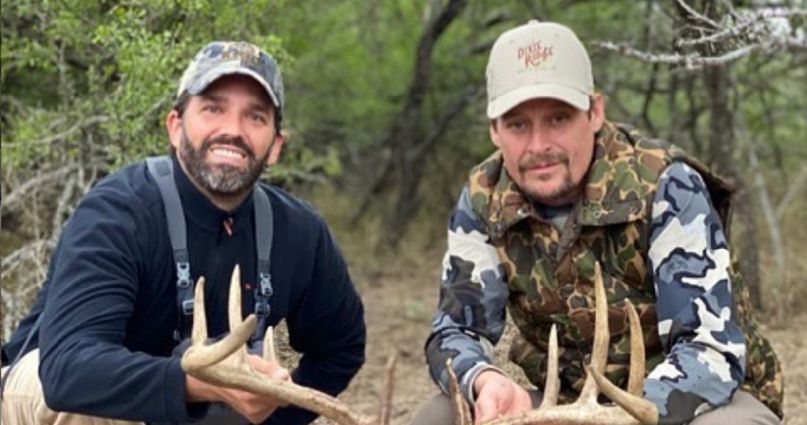 There have been many great heartfelt tributes to Kobe Bryant in the wake of his tragic death, like Alicia Keys and Boyz II Men’s Grammys performance of “It’s So Hard to Say Goodbye to Yesterday”; cellist Ben Hong’s rendition of “Hallelujah” during Friday night’s Lakers game; and Guns N’ Roses’ cover of “Knockin’ On Heaven’s Door”.

And then there’s Kid Rock.

The Detroit rocker apparently thought the best way to honor the NBA legend was with a self-aggrandizing Instagram post recapping his recent hunting trip with Donald Trump Jr. You see, at the same time Bryant’s helicopter crashed in Calabasas, Kid Rock and Don Jr. were flying in a chopper of their own, on their way to murder innocent animals. Not only that, but Kid Rock later shot a buck using a rifle donning Bryant’s “Black Mamba” nickname.

If you’re surprised by Kid Rock’s absolutely shitty Kobe Bryant tribute post that literally has nothing to do with Kobe Bryant, you really shouldn’t be. After all, this is the same guy who recently shuttered his Detroit, Michigan restaurant after going on a drunken rant about Oprah Winfrey that he insists wasn’t racist. He’s a devil without a cause — or any shred of self-awareness.