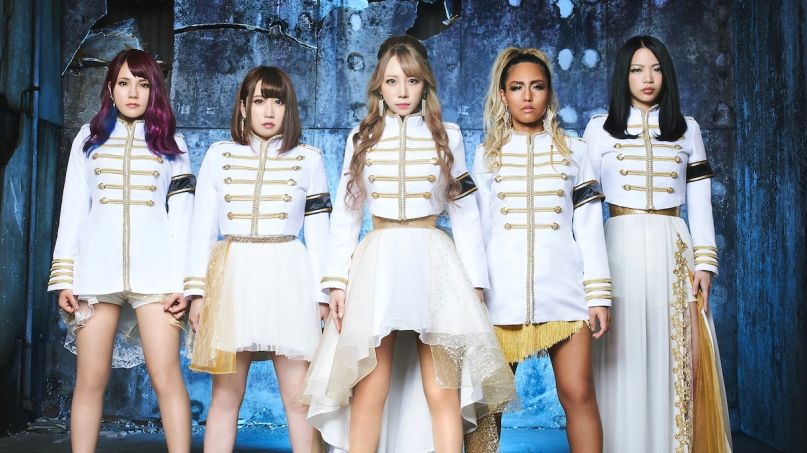 Japanese power-metal band Lovebites are offering up a Valentine’s Day treat. With a new album, Electric Pentagram, on the way, the group has teamed up with Heavy Consequence to debut the song “Signs of Deliverance”.

The five women in Lovebites show their love of power metal with a twin-guitar attack, powerful vocals, and a precise rhythm section. After releasing their debut album in 2017, Lovebites have quickly risen up the metal ranks. In 2018, they were named Best New Band at Metal Hammer’s Golden Gods Awards.

Their new album, Electric Pentagram, will arrive on April 24th. “Signs of Deliverance” follows another recent single, “When Destinies Align.”

Regarding the new track, guitarist Miyako remarks, “‘Signs of Deliverance’ is a song we were playing at shows in July last year even though it didn’t have a title yet. We performed the song at the UK tour supporting DragonForce in November last year, as well. Listen carefully to the intro where the sounds of the string instruments are piling up together, and the guitar solo part.”

As for the entire album, Lovebites states, “We are very excited that our new album Electric Pentagram will be released in the U.S. and Canada. This new album has made our bonds as a band stronger than ever.”

The band adds, “Lovebites is an electric pentagram. A pentagram is a five-pointed star consisting of five lines. It’s been an emblem that’s adorned amulets and talismans since ancient times as a symbol of protection. That’s why we felt Electric Pentagram is the perfect title for this album. We are five points brought together to protect heavy metal. We hope you will enjoy the album!”

Electric Pentagram is available for pre-order in advance of its April release. Take a listen to the new song “Signs of Deliverance” and watch the video for the previous single “When Destinies Align” below.

Listen to the premiere of “Signs of Deliverance”:

Watch the video for “When Destinies Align”: