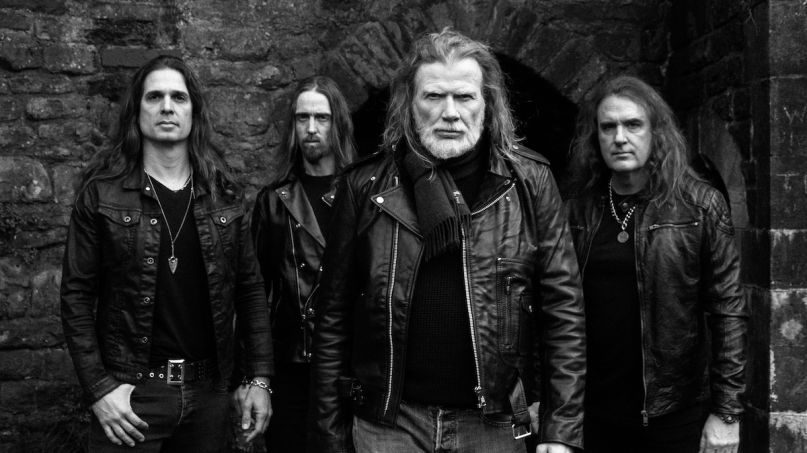 Megadeth just wrapped up their European tour and first shows since Dave Mustaine’s cancer diagnosis. The thrash legends are now headed back into the studio to record their new album ahead of their co-headlining North American tour with Lamb of God.

The band shared the album update in a “thank you” post to those who worked on the recent European trek: “We are heading home for a brief break, record album 16 and then preparing for our summer tour with Lamb of God, Trivium and In Flames… you don’t want to miss what we have planned for you!”

The follow-up to 2016’s Grammy-winning Dystopia was put on hold after Mustaine was diagnosed with throat cancer last year. Prior to that, the band had begun the preliminary stages of the recording process, with Mustaine saying he’d already written eight songs for the new album.

A post on social media last summer of Mustaine and bassist David Ellefson in the studio confirmed that Megadeth had started work on the LP. The caption read: “It begins. #megadeth16.”

Mustaine then hinted that the band might drop “crushing” new songs before the recent European tour, but that never happened.

“Once he’s through that process,” Ellefson said of Mustaine’s now-completed treatments, “we’re gonna just let that take as much time as it needs, and then we’ll resume with the album. I’d like to hope maybe 2020 we’ll be able to get a new album out.”

We wanted to thank the bands we played with, our amazing hardworking crew, the venues, security, & our die hard fans. We're heading home for a brief break, record album 16 and then preparing for our summer tour with @lambofgod, @TriviumOfficial and @InFlames_SWE. Get tickets now! pic.twitter.com/n2gBr6mXsG