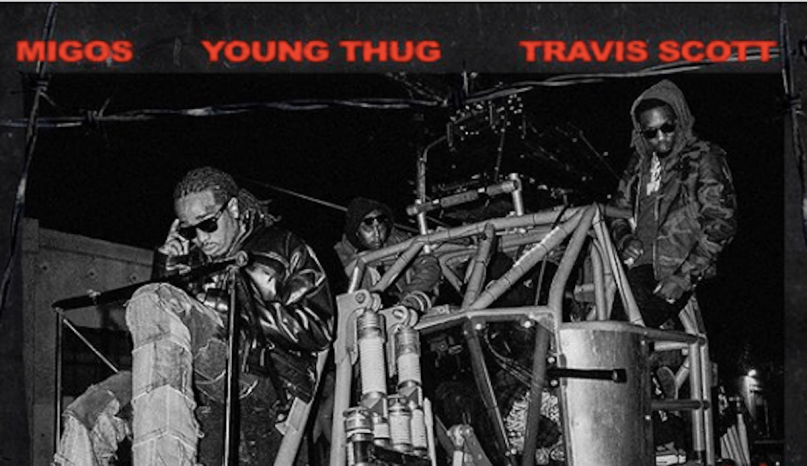 If you’ve ever wondered exactly how many fucks the likes of Migos, Travis Scott, and Young Thug give, you finally have your answer with the new song “GNF”.

The star-studded collaboration was first revealed at Scott’s Astroworld Festival last November. Fan footage captured an uproarious performance, as five of today’s biggest artists shouted “We don’t give no fucks!” in unison. Now released as a single for the first time, the studio recording of “GNF” captures the rebellious energy of the live show.

Murda Beatz brings crisp production and skittering, feverish drums. It’s the kind of beat that somehow sounds better blasting from car speakers with the windows down and the bass turned way up. All five emcees contribute lively verses, as each in turn suggests that they, too, do not care one whit. Check out “GNF” via its accompanying video below.

Last December, Scott released a new album Jack Boys featuring Quavo and Offset from Migos, as well as Young Thug. Around the same time, Young Thug shared the deluxe edition of So Much Fun with appearances by Quavo and Scott.

In a twist that few would have predicted five years ago, both Travis Scott and Quavo also appear on the new Justin Bieber album Changes.

Everybody has upcoming live performances, and you can get tickets to Travis Scott here, Migos here, and Young Thug over yonder.