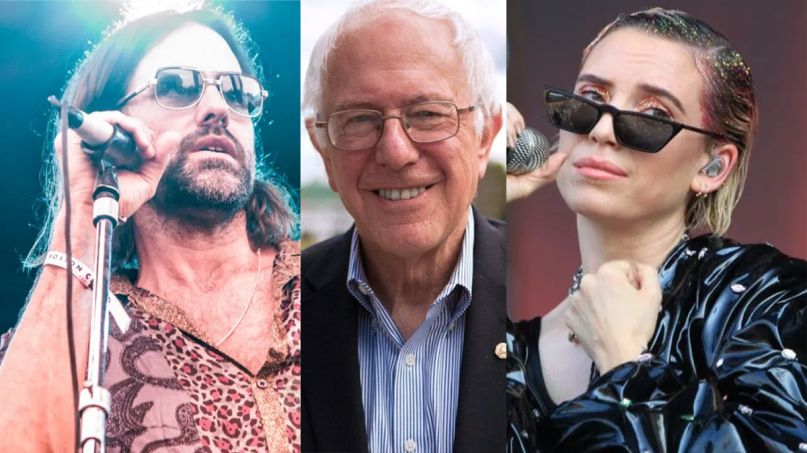 Vermont Senator and Democratic presidential hopeful Bernie Sanders continues to bring the political and musical heat to his events. The candidate has announced a “Get Out the Early Vote” rally at the University of Nevada, Las Vegas set for today, February 18th, during which he’ll be joined by musical guests Miike Snow and Lykke Li.

Taking place at the Academic Mall, the event will kick off at 2:30 p.m. PT. Per usual, the gathering will be free and open to the public, but space is limited and RSVPing would be wise.

Sanders has put together a growing club of musician backers, as artists like Jack White, The Strokes, Vampire Weekend, Bon Iver, and Portugal. The Man have all taken part in recent rallies. The interesting difference this time, however, is that both Miike Snow and Lykke Li have their origins in Sweden, demonstrating the global appeal of Sanders’ political vision.

Neither Miike Snow, who’s last record was 2016’s iii, nor Li, who dropped her EP still sad still sexy last summer, have any other dates on the horizon. That makes their appearance at Sanders’ Vegas rally even more of a unique get for the Vermont politician.