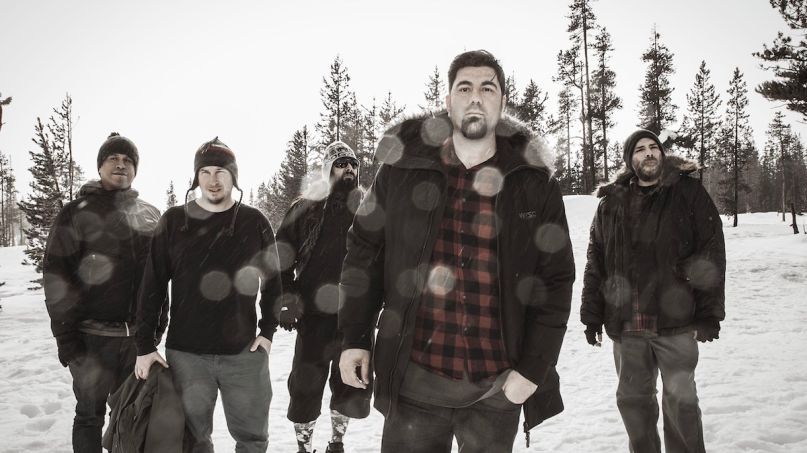 Deftones have taken the “be quiet and drive” approach to their new album, not revealing too many details along the way. Now, though, a few important bits of information have been unveiled. The band’s ninth studio LP is currently being mixed for release in the second half of 2020, with Terry Date serving as producer.

The news of Date’s involvement was revealed Monday via Deftones’ Instagram page. The band posted a photo of Date and singer Chino Moreno behind the boards that was taken by keyboardist-turntablist Frank Delgado in May of 2019.

Fans of Deftones’ earlier works should be excited, as Date produced the band’s first four albums — Adrenaline, Around the Fur, White Pony, and Deftones. The producer is also known for his work on classic LPs by Pantera and Soundgarden, among others.

As for the status of the album, that news came from a new interview Australian’s Mixdown did with drummer Abe Cunningham. According to the article, the album is currently in the mixing process, with a tentative release for the second half of 2020.

“We did things a little bit differently this time,” said Cunningham. “We stretched everything out over the course of a couple of years, rather than blasting through in one go. The process has been mixed with about a year-long break, that we all agreed upon.”

He added, “Being rested and taking that time off really made us appreciate what we’re doing even more. When we’re all laughing and smiling and coming up with stuff together, just like when we were 17… it’s a beautiful thing.”

If the album arrives in the early part of 2020’s second half, it could coincide with the band’s recently announced headlining North American summer tour. That trek, which features support from Gojira and Poppy, will kick off July 27th in Portland, Oregon, and run through a September 5th show in Denver. Tickets are available here.