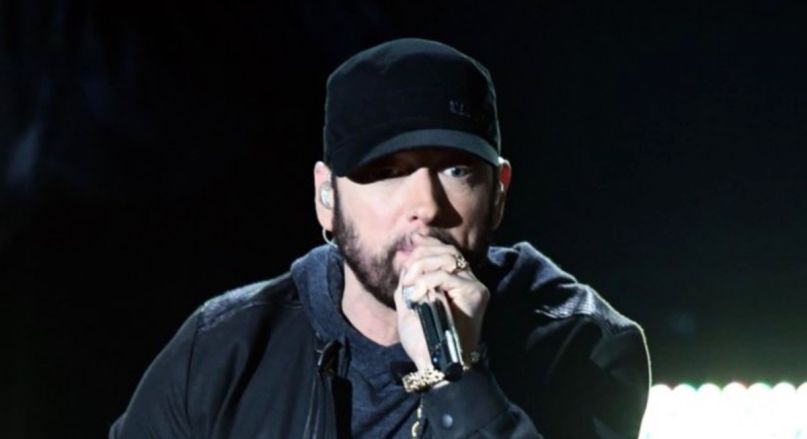 Normally, the only musical performances at the Academy Awards are for the Best Original Song nominees. Sure, there’s the In Memoriam and maybe an opening number (this year, the latter came thanks to Janelle Monaé), but that’s all you can usually expect. But at the 2020 Oscars, there came a major surprise when Eminem took the stage to perform his classic “Lose Yourself”.

The unexpected appearance occurred after Lin-Manuel Miranda introduced a video package celebrating past Best Original Song winners. At the end of the clip, some familiar piano notes were played as lights came on the stage. Up from the center rose a full orchestra with Marshall Mathers himself standing at the front. He then ripped into the theme song from his 2002 autobiographical movie 8 Mile.

“Lose Yourself” took home Best Original Song at the 2003 Academy Awards, so Em’s appearance made sense, in its way. It also could have been another example of the Academy’s penchant for mistimed sympathy; there was some controversy around his decision not perform at the ceremony during which he won the Oscar, with some saying the Academy wouldn’t let him rap an uncensored, full version of the song, and others saying he simply didn’t feel the timing was right for him and never expected to win. His appearance 17 years later may have been a do-over, but whether that’s for his own choices or the Academy’s isn’t clear.

Either way, the unpredictable appearance seemed to catch everyone watching off guard, leaving them momentarily stunned before they began head-banging along. In return, Eminem delivered a strong performance of one of his best tracks, earning the standing ovation he received from the room of Hollywood elite.

Watch the surprise appearance below, and follow along to all our Oscars coverage. You can also watch other performances from the 92nd Academy Awards, including Janelle Monáe, Elton John, and Billie Eilish.

Look, if you had another shot, another opportunity… Thanks for having me @TheAcademy. Sorry it took me 18 years to get here. pic.twitter.com/CmSw2hmcZo

Eminem performing 'lose yourself' at the #Oscars the Celebs in the audience trying to rap along got me laughing 😂😂😂pic.twitter.com/CQ70a28XmU

We are all Idina Menzel. pic.twitter.com/kV0BxEZvHj