Despite its efforts and surprise wins, The Academy couldn't clean all the egg off its face 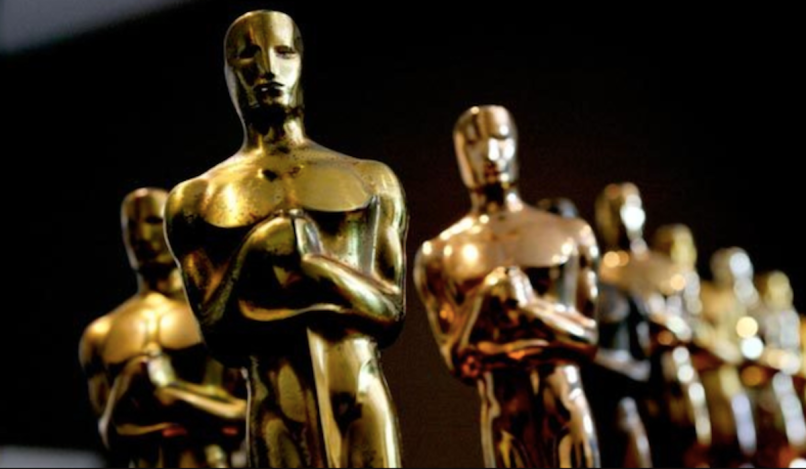 And so, another awards season has come and gone — the months of rabid speculation, online contention, and hot takes about deep cuts can finally rest. (At least for a month or two, before festival season forces us into the rat race once again.)

But the 2020 Oscars were a curious season, a frustrating crop of (mostly) good-to-great movies that nonetheless failed to reflect the diversity of modern moviemaking. The night itself reflected that tension, attempting to make up for the nominees’ lack of diversity by leaning hard into the diversity of the presentation itself.

Whether it amounts to an admirable effort to even the score, or breathless tokenism to take the heat off the overbearing whiteness of the nominees, is anyone’s guess. But an effort was made, and it was certainly reflected in the night’s big (and deserved) winner: Bong Joon-ho’s twisty, immaculately crafted social thriller Parasite.

That’s not all. Amidst the directionless structure of the host-less awards show, moments ranged from surprising to frustrating, second-hand embarrassing to downright adorable. Here are a bunch of ’em, distilled down to memories we can cherish as we hug our Parasite Blu-rays and pray for a smoother, more equitable awards season next year.

Now, let’s all celebrate and, in the words of Director Bong, “drink until the next morning.”

The Kids Are More Than Alright

Leave it to a 10-year-old to be the most professional celebrity at the Oscars. Out of all the BS stop-and-chats on the red carpet, Once Upon a Time in Hollywood star Julia Butters actually looked stoked to be there — and why not? She’s living a dream, a notion hardly lost on the young star as she confessed to E! that she feels truly “blessed.” No kidding. At her age, I was watching the show on my couch with slices of Pizza Hut. Speaking of which, she came fully prepared in that area, packing herself a turkey sandwich in the event the food sucked. What a pro. Rest assured, this won’t be her last rodeo at the Dolby. On a side note, it was also nice to see that the friendship between Jojo Rabbit co-stars Thomasin McKenzie and Archie Yates was anything but fiction. –Michael Roffman

You Make Me Feel So Old

The Oscars have long felt like a paean to filmmaking throughout the centuries, so it’s especially jarring to remember just how old we all are. And I think all of us felt the years on our shoulders when Billy Porter asked Billie Eilish and her brother Finneas what their favorite movies were growing up. Now Finneas is 22 and Eilish is 18, so, of course, their filmmaking influences were going to be a little more… recent. Even so, just hearing them mention films like The Babadook and The Social Network — movies that are only 5-10 years old — as childhood favorites made us collectively shrivel up into our respective crypts. God, what have we done with our lives? Where have the years gone? –Clint Worthington

Rian Johnson wore his knives on his sleeves. Were these Porg-inspired cufflinks a subtle reminder that he’s bounced back from the controversy over The Last Jedi by writing an Oscar-nominated screenplay? If so, I’m here for it: Knives Out was one of my favorite films of the year, and revenge is a dish best served with an Academy Award nomination. What’s more, Johnson confirmed he’ll begin writing the sequel to Knives Out come Monday, so maybe this was an attempt to tune back into the snark that made the original so devilishly delightful? Special shout-out to his wife Karina Longworth, host of the You Must Remember This podcast. One can already hear her future episode on Oscar night cufflink shade. –Jenn Adams

The cast of #Parasite, nominated for 6 #Oscars tonight, has arrived! See all of tonight's red carpet looks: https://t.co/ubGvE6CbLD pic.twitter.com/bwIv72waD3

And the Academy Award for most adorable group of human beings goes to …. everyone involved in Parasite! Over the past few weeks, the film’s cast and crew have brought a lot of joy to what’s otherwise been a dreadful awards season. While none of its actors were nominated for their performances (read: huge mistake), they certainly came dressed as frontrunners. Park So-Dam in hot pink fringe? Give her an award just for that, please. Outfits aside, there was an energy to the Parasite cast that was delightful and palpable and exactly what we needed. Can they please host next year? —Carrie Wittmer

Not sure why Timothee Chamalet is dressed as a postal worker but my mail box is READY #Oscars pic.twitter.com/bh8jTwkGwB

No one could have predicted that Timothée Chalamet would stan for Best Picture nominee Ford vs Ferrari, but he did. His getup, which was basically a fancy windbreaker and some slicked-back hair, was cosplay as some Italian guy in the James Mangold film who cleans the cars. And, you know what, it worked … somehow. It probably had to do with his cheekbones, which should be named a national monument immediately. —Carrie Wittmer

Natalie Portman embroidered her Dior cape with all of the female directors who weren't nominated for #Oscars. Check out her explanation here. pic.twitter.com/kyyo2wVMZf

Oscar-winner Natalie Portman saved her best shade for the Academy. Easily outdoing her “here are the all-male nominees” barb at the Golden Globes, Portman rolled up to the red carpet wearing a black and gold embellished gown, a dramatic cape, and a Shiv Roy-inspired haircut that screamed of major hot super-villain vibes. A closer look at the embroidery on her cape, however, revealed the names of female directors who could have (and should have) been nominated for Best Director, particularly Greta Gerwig, Lulu Wang, and Marielle Heller. TL;DR? It’s fashion and a statement. —Carrie Wittmer

Florence Pugh, who is #Oscars nominated for her performance in #LittleWomen, brings a splash of color to the carpet pic.twitter.com/kv13uUhQUf

Florence Pugh is powerful enough to arrive so late to the Oscars that she didn’t even have time for an interview with Billy Porter — though that would have been a delight, and I want to see it. Pugh is drawn to bold colors and high volume. To be fair, it doesn’t always work (I have more nightmares about her BAFTAs look than I do about Midsommar). And while her tiered gown could have gone 2006 Prom easily, Pugh’s styling and confidence in a color as bold as jade really sold it. She made Amy March — who would definitely wear this in 2020 — proud. –Carrie Wittmer

Right before a commercial break, I saw a hooded figure from far away in a long shot of the Oscars’ red carpet. In that flash, I knew right away that it was Janelle Monáe, a testament to her already-iconic style. Monáe’s Safdie-esque silver gown had a dramatic A-line silhouette, long sleeves, and a hood. It wasn’t revealing in any way, and yet it was still sexy. My only question was how she got out of it so quickly for the opening number. It must have taken a village. Here’s hoping Monáe gets to keep the gown so she can wear it in a space-set movie musical one day. Perhaps an adaptation of her own ArchAndroid?  –Carrie Wittmer

Beyond fashion, Janelle Monáe also killed it on stage with her opening number. Masterfully recovering from a near-wardrobe malfunction and duetting with the always spectacular Billy Porter, she led a lively performance brimming with more diversity than the night’s list of nominees. Though her May Queen cape and Tethered dancers reminded me of some snubs I’m still bitter about, and the Cats-style audience participation left me nervous for those in the front row, Monáe kicked off a controversial ceremony with a visible dose of representation and awareness. Quite the Q.U.E.E.N. –Jenn Adams

I hate it when people say, “It’s a reunion!”, whenever former co-stars are in the same room. But this … it was a reunion, and it was magical. Keanu Reeves (swoon) and Diane Keaton (looking very Diane Keaton in a hat and a wool coat over a blazer) took the stage to present the Academy Award for Best Original Screenplay together. It was the first time I’d seen them on-screen together since 2003’s  Something’s Gotta Give, in which Reeves plays a young doctor hot for Keaton. After Keaton joked about their co-star (and her other on-screen love interest) Jack Nicholson, she went on to signal a change in the course of the night by announcing the first of many surprise wins for Parasite. Something did give.  —Carrie Wittmer