"I'm not dying from Parkinson’s ... I've been working with it most of my life" 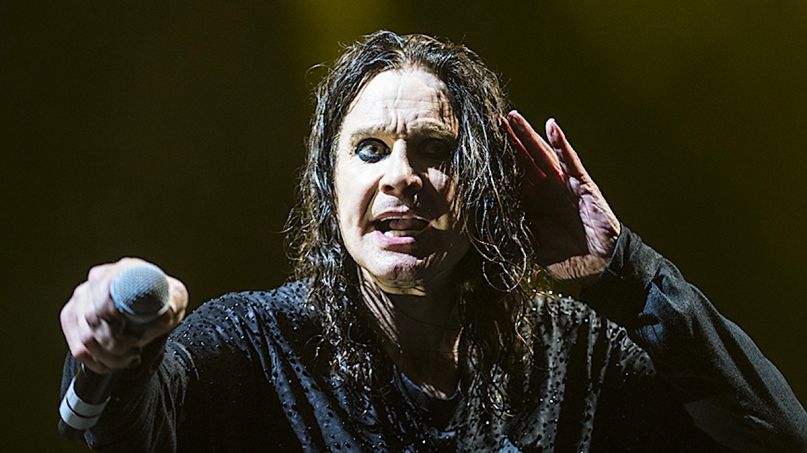 Last month, Ozzy Osbourne revealed that he was battling Parkinson’s disease in an interview with Good Morning America. Now, the metal icon has disclosed to the Los Angeles Times that he was actually first diagnosed with Parkinson’s in 2003.

“I’m not dying from Parkinson’s,” Ozzy said in the new Los Angeles Times interview. “I’ve been working with it most of my life. I’ve cheated death so many times. If tomorrow you read, ‘Ozzy Osbourne never woke up this morning,’ you wouldn’t go, ‘Oh, my God!’ You’d go, ‘Well, it finally caught up with him.’”

Ozzy further divulged that he is currently taking medication to alleviate the tremors that come with Parkinson’s disease, but that the medication itself can cause short-term memory loss.

As of now, Ozzy is set to embark on a North American tour in late May. The outing was originally scheduled for last year, but was postponed when the singer suffered a nasty fall at home. However, Ozzy reiterated to the Los Angeles Times that he’ll only return to the stage if he’s well enough physically, echoing a statement he recently made on the red carpet of the Grammy Awards. “I don’t want to go back out there until I’m ready,” he remarked in the new interview.

Ozzy and his wife, Sharon Osbourne, also revealed that they are working on a film about the metal legend’s life. Sharon had been pursuing a movie for many years, but said interest is now renewed following the success of music biopics like Bohemian Rhapsody. As for the film’s direction, Sharon commented, “Our story is a love story and it happens that he’s a musician … It’s totally different to what anybody would think.”

If Ozzy does commit to his North American tour, it will kick off May 27th in Atlanta, with Marilyn Manson as support. Tickets are available here.