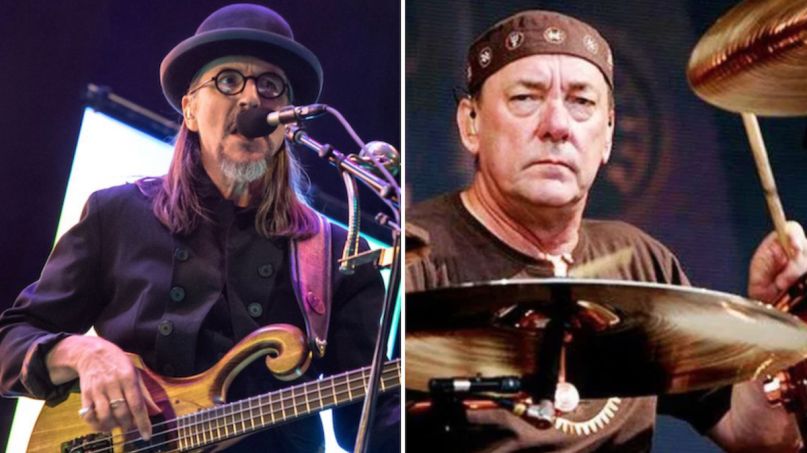 Primus have announced a special North American tour that will see them cover Rush’s 1977 album A Farewell to Kings from front to back. Officially titled “A Tribute to Kings”, each night of the trek will feature a full performance of the album in addition to a proper Primus set.

The massive tour launches at the end of May and extends through early August. Primus are scheduled to visit Houston, Austin, New Orleans, Orlando, Charlotte, Baltimore, and New York as part of their travels. There are also concerts marked for Cleveland, Pittsburgh, Toronto, Chicago, Denver, Spokane, San Diego, Los Angeles, and Phoenix. Bands such as Wolfmother, The Sword, and Battles will join Primus on select dates.

Tickets for “A Tribute to Kings Tour” go on sale Friday, February 21st, and you can purchase them here here.

Primus and Rush were once tour mates, and the former had previously considered bringing the latter’s Hemispheres LP out on the road with them. However, it was A Farewell to Kings — the first-ever Rush record Primus leader Les Claypool had heard — that they decided to play on the tour. Claypool explained to Rolling Stone, saying:

“Originally we’d always kind of joked around about doing Hemispheres. That record has always had a very big place in my heart and head. But as we got to thinking about the record and how to tackle it — because it’s not going to be an easy feat, on many levels: A) I gotta try to sing Geddy Lee shit [laughs]. His older stuff is up in the stratosphere. I was texting with Geddy and saying, ‘Man, is any of this falsetto, or …?’ And he was like, ‘Nope, that’s my full voice.’ So I might need some help from the audience on some of this stuff. I gotta play the keyboard parts. But we settled on Kings, because A) it was the first Rush record I ever heard and B) it contains ‘Cygnus X-1’, which has always been my favorite Rush tune. It seems to be a good one for us to tackle; 2112 seemed a little obvious.”

While Primus’ “A Tribute to Kings Tour” has been in the works for months, the trek takes on a new meaning in the wake of the recent passing of iconic Rush drummer Neil Peart. Still, Primus are being mindful about how they go about honoring their heroes Rush and Peart. “We’re trying to be very sensitive about doing the tour and not having it be, ‘Hey, all about Neil,’” Claypool remarked. “It’s about admiration for these amazing musicians and friends.”