English inspired the Nelson clasic "Me and Paul" 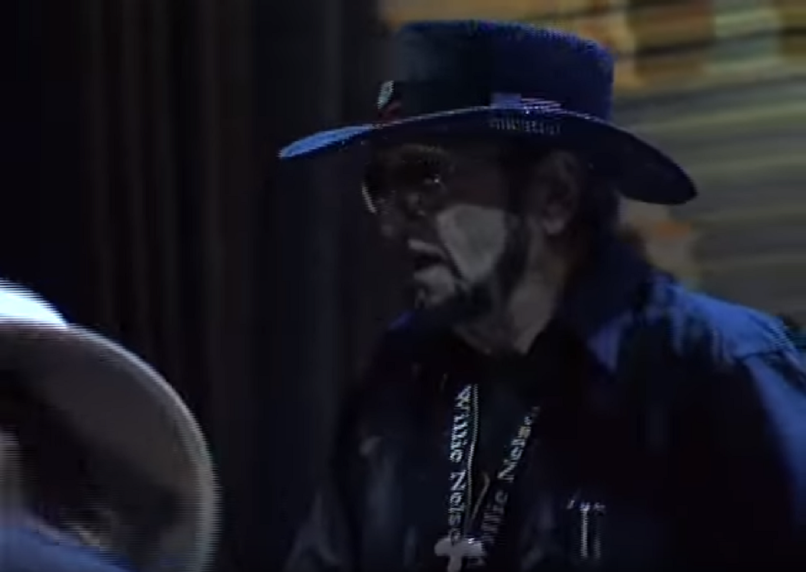 Paul English, the longtime drummer, friend, and bodyguard for Willie Nelson, has died at 87. His passing was first reported by Rolling Stone.

English was born in Vernon, Texas in 1932, and in 1966 he joined the Willie Nelson Family as a percussionist. Until then English was acting as a pimp and gang leader, and he later said that joining Nelson probably saved his life. “If I hadn’t gone with Willie, I would be in the penitentiary or dead,” he told Rolling Stone in 2014. “I was running girls and playing music at the same time.”

He quickly established himself as the Family enforcer, participating in some of the wilder moments from Nelson’s storied career. “Wild, street-smart Paul,” Nelson wrote in his 2015 memoir, “who always had my back and got me out of more scraps than I care to recall.”

One such scrape happened in 1970, as English recounted to Oxford American. Nelson and English got into a shootout just outside of Nashville, when the husband of Nelson’s daughter showed up with a couple of his gun-toting brothers. After the shootout ended in a draw, English offered to break the husband’s legs. “We have to do something to him. We cain’t go and leave him walking.”

That was one of the few times English fired his trusty .22-caliber pistol, although he often pulled it out of his boot to squash fights. According to his son, everyone needed a Paul English if they wanted to participate in outlaw country. “If you’re writing songs about shooting people,”he said, “It’s nice to have a guy who’s shot people up there onstage with you.”

Both onstage and off, English cultivated the persona of “The Devil”, an all-black wearing fiend whose Devil Cape was later enshrined in the Country Music Hall of Fame. As the two men grew closer,  Nelson relied on English less for protection and more as an artistic muse. His 1971 cut “Me and Paul” has become one of Nelson’s better-known songs, and the 1973-track “Devil in a Sleepin’ Bag” is another celebration of The Devil he knew best.

In 2010, English suffered a stroke that temporarily took away his ability to play drums. But he still toured with Nelson, acting as the the “money man,” until he was well enough to play a simple shaker or snare. Nelson’s performances will never be the same, as Nelson himself knows better than anyone.

You can catch Willie Nelson throughout February at a string of Florida shows, and afterwards he’ll be hitting the road with Chris Stapleton. To see those performances, or to watch Willie Nelson & Family play MerleFest and Born & Raised 2020 this summer, get your tickets here.

Also be sure to listen to the recent season of The Opus all about Willie Nelson’s Red Headed Stranger. The first episode is streaming below.