R. Kelly’s ex-girlfriend Azriel Clary is cooperating with the Feds

In a new interview, she also accused the singer of blackmailing his victims into silence 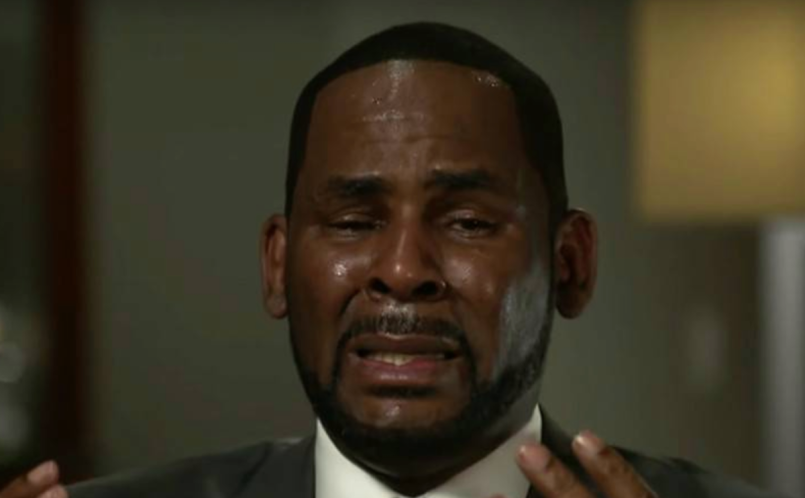 R. Kelly is facing over a dozen federal sex crime charges, and prosecutors have an important new ally in one of the singer’s recent ex-girlfriends, Azriel Clary. According to TMZ, she is expected to testify that Kelly had sex with her while she was still a minor.

According to Clary, she met Kelly when she was 17 years-old, eventually moving in with the R&B star over her high school summer break. Until a few months ago, she had been one of Kelly’s staunchest supporters, even appearing on CBS with another of his live-in girlfriends, Joycelyn Savage. Together they defended the “I Believe I Can Fly” singer, insisting that they both loved him and denying they had been brainwashed.

But as Clary revealed to the Sun in a recent interview, she had a change of perspective after viewing Lifetime’s Surviving R. Kelly, which featured interviews with some of Kelly’s alleged victims. Afterwards, Clary reunited with her family, and when Surviving R. Kelly Part II: The Reckoning aired in January, it contained a homemade video from Clary’s father confirming his daughter was safe. But that series also somberly noted that Joycelyn Savage was still living in Kelly’s Chicago residence at Trump Tower.

Azriel Clary told the Sun that she went to Trump Tower in January to try and “save” Savage. Savage allegedly assaulted Clary, the police were called, and Savage is now facing charges.

In that same interview, Clary accused R. Kelly of brainwashing her, beating her, degradation, and sexual abuse. She also detailed how Kelly blackmailed his victims into silence:

“He has letters from people saying that they’ve been molested or touched by their parents or their brothers or a family member. He even has people on film molesting their younger nieces or younger brothers. And so I know a lot of women out there are too embarrassed, humiliated, and ashamed to come out because this man had that much power to control them, to make them molest their younger niece or to molest their younger brother. Personally had I ever done anything like that, I would be entirely too ashamed to come forward. Thankfully, I’ve never been in that situation. But have I seen it done to other women? Yes, I have.”

In response, Kelly’s lawyer Steve Greenberg defended his client on Twitter. “As with other ‘accusers’, the lack of proof and their past actions impeach them. In sum, Ms. Clary had a long-term consensual relationship with Mr. Kelly… It is clear that she now seeks to personally capitalize from their relationship, and the only way to do so is to parrot the false narrative. The allegations are not true. Still, Mr. Kelly bears only good will towards Ms. Clary.”

R. Kelly is facing state charges in Illinois and Minnesota, and his federal case seemingly keeps getting bigger. In December he was accused of bribery in connection to his underage marriage to Aaliyah. The 53 year-old singer has plead “not guilty,” to all charges, and his federal trial kicks off in Chicago this April. That is, if he doesn’t get another infected toe.

the lack of proof and their past actions impeach them. In sum, Ms. Clary had a long-term consensual relationship with Mr. Kelly. It continued after he was arrested, when she was free to do as she wished. It is clear that she now seeks to personally capitalize from their

relationship, and the only way to do so is to parrot the false narrative. The allegations are not true. Still, Mr. Kelly bears only good will towards Ms. Clary.