Rick and Morty Donuts Are Coming to Krispy Kreme

Plus, a Fleeb Juice-inspired milkshake 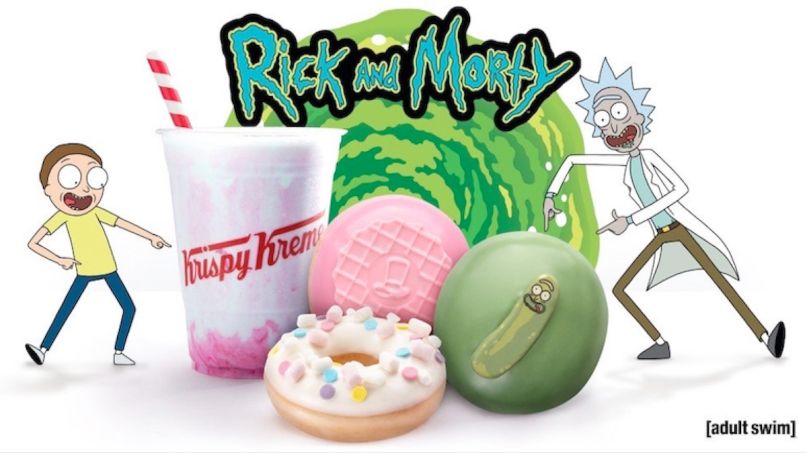 There’s also Fleeb Juice, a milkshake made by combining Krispy Kreme’s raspberry and “blue heaven” flavors. It sounds equal parts tart and sweet which can be a hit or miss combination for some people, but that certainly won’t stop fans from buying it.

The beloved confectionary chain created these to celebrate season 4 of Rick and Morty. It seems like Krispy Kreme wanted to torment fans in addition to treating them, though, because these are only available in Australia. At least for now. So expect more Rick and Morty-themed foods to sell online for $15,000 pretty soon.

Below, get a sneak peek at what each Rick and Morty-themed donut will look like even though you (probably) can’t get them.