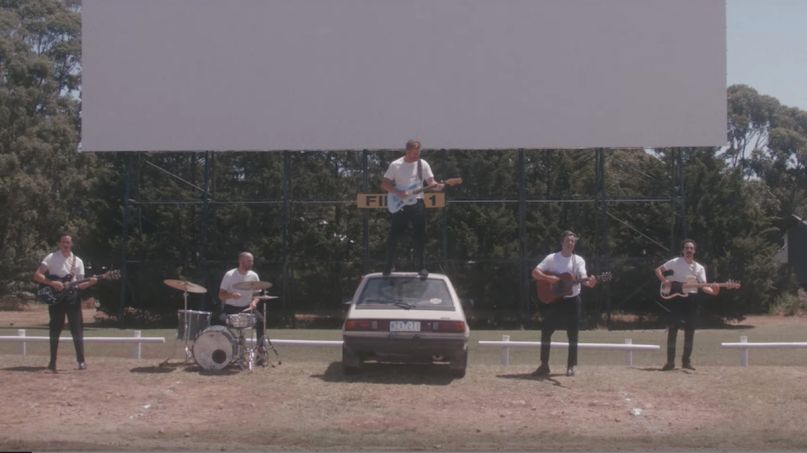 Rolling Blackouts Coastal Fever are gearing up for a big year. The Aussie indie rockers have just unveiled tour dates and a new single, dubbed “Cars in Space”, which comes with a music video directed by fellow Australian Julia Jacklin. By the looks of it, this is just the beginning of what they have in store.

This is the first new music we’ve heard from Rolling Blackouts Coastal Fever since they release a 7-inch with “In the Capital” and “Read My Mind” last year. Because “Cars in Space” isn’t pegged to any physical release (just yet), it seems likely that Rolling Blackouts Coastal Fever are prepping to announce a follow-up record to their debut album, 2018’s Hope Downs. Only time will tell if it’s the catchy lead single they’re gunning for.

On that note, “Cars in Space” is an uptempo track that clocks in at five minutes in length, but with such an intense, stirring rhythm, it flies by. Between the sunny guitar lines, the dueling riffs, and the burst of horns, “Cars in Space” sounds like a perky anthem to give you confidence. It’s a fitting mood given the song is about “the swirling words and thoughts before a breakup,” according to member Fran Keaney.

In the video, directed by Jacklin and Nick McKinlay, a couple gets into a fight-turned-existential crisis while at a drive-in movie theater. Around them, Rolling Blackouts Coastal Fever break into song, playing atop the car and beside the couple as they try to watch the film in broad daylight. A vein of tension courses throughout the clip despite the otherwise lovely visuals. Watch it below.

In March, Rolling Blackouts Coastal Fever will play a string of tour dates in their homeland of Australia before taking off for select European shows. The band will be playing the festival circuit, making stops at Primavera Sound, NOS Primavera Sound, and Best Kept Secret. Find their full list of dates below, and grab tickets to all of their upcoming concerts here.