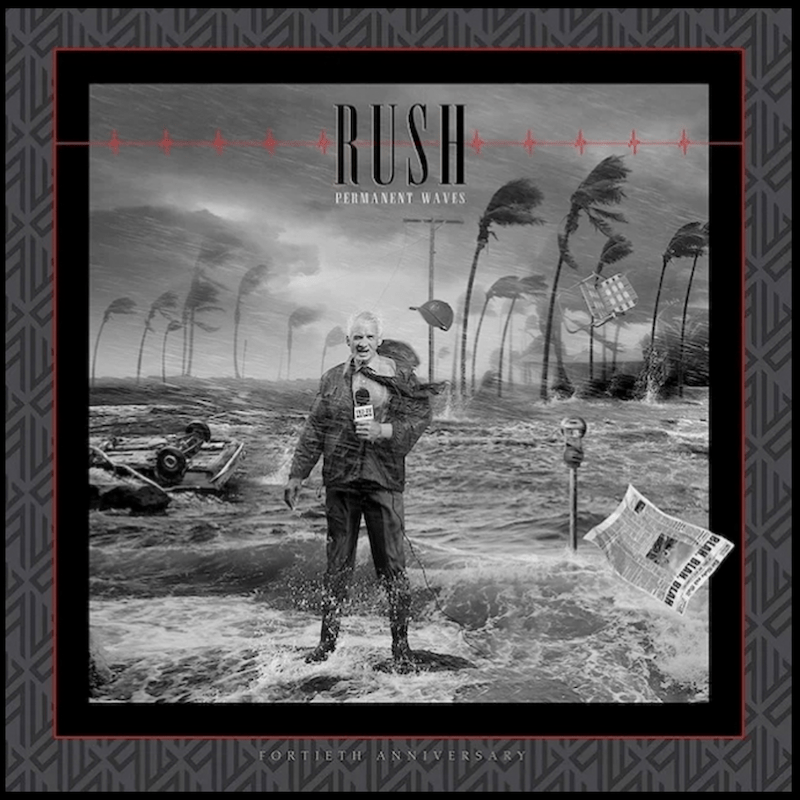 RUSH have announced a 40th anniversary reissue of their classic 1980 album Permanent Waves.

Update, March 26th: The release date for the Permanent Waves reissue has been pushed from March 27th to May 29th. All other details remains the same.

The reissue marks the first time the “Abbey Road Mastering Studios 2015” remastered tracks have been available on a CD. Meanwhile, the second disc is filled with a slew of previously unreleased live tracks from the group’s “Permanent Waves Tour” back in 1980, including stops at Manchester’s Manchester Apollo, London’s Hammersmith Odeon and St. Louis’s Kiel Auditorium. All the live bonus tracks have been newly mixed by Terry Brown, Rush’s longtime producer.

In anticipation of the release, the band has shared a previously unreleased live version of “The Spirit of the Radio”. Stream it ahead.

The Permanent Waves 40th anniversary edition also includes handful of other bonus goodies, including old show programs and a notepad from Le Studio, the Quebec-based recording space where Rush made the iconic album, along with others. The release will be available digitally, and solely as CDs as well. Pre-orders are up and running now.

The reissue arrives only a month after the passing of the band’s legendary drummer Neil Peart, who’s death prompted an outpouring of heartfelt reactions from many fellow musicians.

The vinyl will include “A Passage to Bangkok (Live in Manchester)”