The cruise embarks from Barcelona, Spain, on August 10th 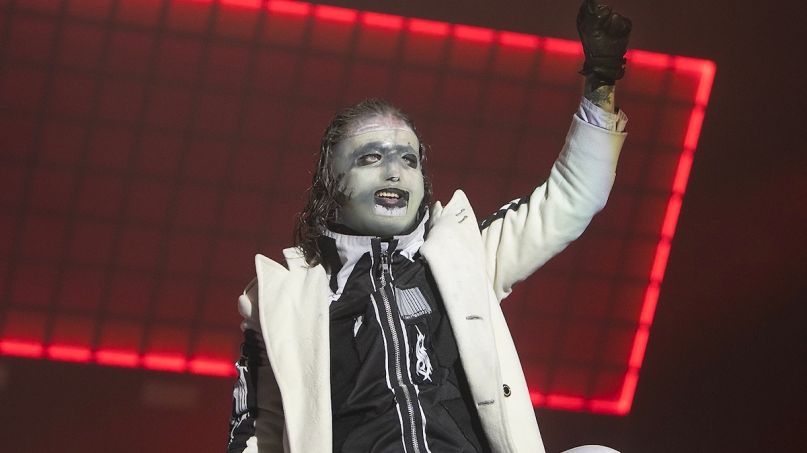 Slipknot’s Knotfest at Sea festival cruise has announced the first round of artists for its inaugural lineup. In addition to two headlining sets from Slipknot themselves, other major acts on the cruise include Anthrax, Behemoth, DevilDriver, and Sevendust.

Rounding out the first wave of announced artists include Ho99o9, Skindred, Higher Power, and Sleep Token. More will be announced in the coming weeks.

The cruise departs from Barcelona, Spain, on August 10th, travels to Naples, Italy, and returns to Barcelona on the 14th.

“We cannot wait to sail the high seas together with Slipknot and this killer line-up of bands,” DevilDriver frontman Dez Fafara said in a press release. “So raise the skull and crossbones and prepare for a party at sea.”

Not surprisingly, Slipknot’s current tourmates Behemoth are also among those in the initial lineup announcement. The two bands wrap up their European tour next week.

“Maggots and Legions! Our momentous tour with Slipknot comes to an end in a few days and it’s been our biggest in Europe to date!” Nergal of Behemoth commented in the press release. “But I’m beyond excited that our comradeship with Slipknot ain’t over yet… for we’re teaming up with them again for Knotfest at Sea! We look forward to feasting again this summer!”

In addition to the live performances, other on-board Slipknot-centric experiences include: a Q&A with band members; a DJ set by Sid Wilson; a whiskey tasting hosted by Clown; a signing with Mick Thomson; a drum workshop with Jay Weinberg; and a bass clinic with VMan.

Rooms aboard the cruise ship are on sale now via the Knotfest at Sea website.