In their legal motion, the surviving members of Soundgarden also reveal they learned of Cornell's death on social media 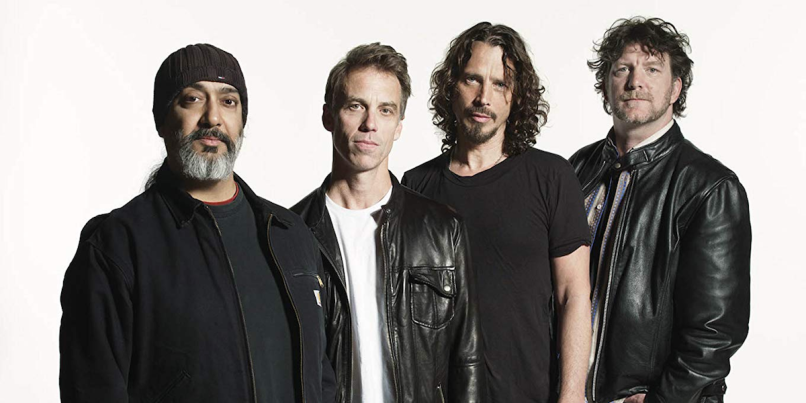 Back in December, Chris Cornell’s widow, Vicky Cornell, filed a lawsuit against the surviving members of Soundgarden over royalty payments and ownership rights to seven unreleased songs. Now, the band has filed a legal response to Cornell in a bid to regain control of the unreleased songs.

In a motion filed in a Florida court on Tuesday, Soundgarden members Kim Thayil, Matt Cameron and Ben Shepherd argue that Vicky Cornell has no claim over the seven songs in question. Whereas Vicky maintains the tracks were solely authored by her late husband in 2017 at his personal recording studio, Soundgarden say that, in reality, the material stems from collaborative writing and recording sessions that date back nearly a decade.

Five of the seven songs were co-written by members of Soundgarden other than Cornell and have been in the works as far back as 2011, the band contends. They also claim that much of Cornell’s writing and recording took place in Seattle and on the road during tour, disputing Vicky’s claim that they were made at Chris’ personal studio in Florida. (Vicky has sought jurisdiction in Florida, whereas Soundgarden want the case moved to their native Washington.)

Soundgarden also cite numerous emails and text messages with Vicky Cornell in which she specifically refers to the recordings as the “SG files.” Their motion also includes press statements and interviews in which Chis Cornell specifically mentions working on new Soundgarden music.

The surviving members of Soundgarden are seeking access to these seven unreleased songs. “In part, they wanted to confirm the belief that there is sufficent recorded material… for a last Soundgarden studio album — a project that the surviving band members believe they owe to Cornell, the band’s legacy, and fans.” However, Vicky is currently in possession of the “only existing multi-track versions” of these songs as they were stored on Chris’ laptop at the time of his death.

Soundgarden is also attempting to regain control of their website and social media profiles, which they claim Vicky “seized” through “improper means.”

In a statement responding to Soundgarden’s actions, Vicky’s attorney Marty Singer, said, “We obviously disagree with the band’s blatant mischaracterization of events, and stand by the truthful facts set forth in our complaint. It is disappointing that Chris’ former band members have now sought to taint his legacy by making numerous false allegations, and that they continue to withhold substantial monies from his widow and minor children (despite using those same funds to pay for their own legal fees). The issue in this case is not who wrote the songs but rather who owns the specific recordings made solely by Chris while he resided in Florida. We are very confident that the Court will vindicate the rights of Chris’ Estate, and that the case will properly remain in Florida, where Chris resided and recorded the songs that are now the lawful property of his Estate.”

Elsewhere in the motion, Soundgarden’s members reveal that they first learned of Cornell’s death on social media. “As their buses were headed to Columbus in the early morning of May 18th, the surviving band members learned that Cornell had been found dead in his hotel room in Detroit after midnight (tragically, Cameron first saw a ‘RIP: Chris Cornell’ item on his Facebook page, called Thayil who was on the other bus, who then woke Shepherd, and they and their crew frantically searched news, social media and called friends and family, until they received the awful confirmation from their tour manager.).”

“Thayil, Cameron and Shepherd were utterly devastated to lose their beloved friend, brother, and comrade, and were in a state of shock. As they pulled their busses to the roadside, embraced each other, and struggled with what to do next, their tour manager advised them not to go back to Detroit as it would be swimming with police, press, and other media, and there was nothing positive they could achieve. They also had a throng of highly-distraught crew and tour team members already in or headed to Columbus who needed support. So they organized a vigil in a conference room at their Columbus hotel, where they were accompanied by crew, assistants, and friends who hugged, wept, and attempted to console each other for many hours.”

You can read Soundgarden’s full motion below.