In anticipation of their debut EP, the supergroup hit the dance floor

by Robin Bacior and Lake Schatz 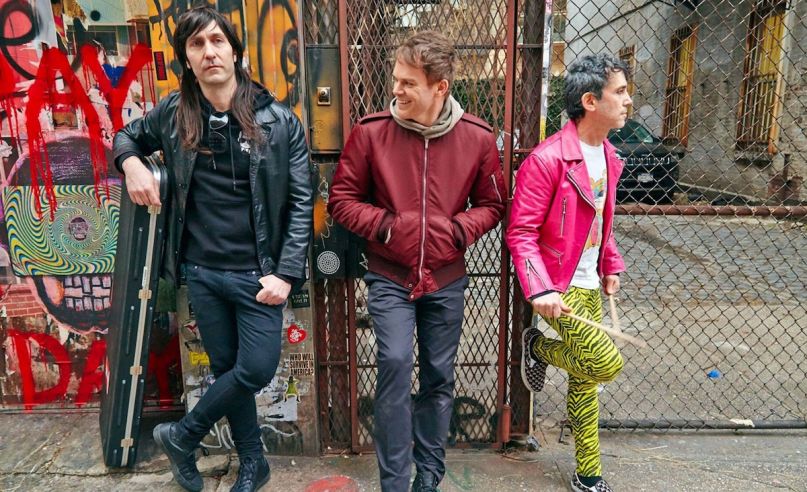 Princess Goes to the Butterfly Museum

Titled “Come and Talk to Me”, it’s a much more upbeat and colorful listen. Hall’s falsetto leads the way on the dance track, riding high above disco-style synths provided by his bandmates. “Come and talk to me, my lover,” the Dexter and Six Feet Under star lures in almost loop-like repetition. Hear it for yourself below.

These two singles will appear on Princess Goes to the Butterfly Museum’s debut EP, reportedly out in April. Outside of music, Hall recently had a role in the Amazon political drama The Report starring Adam Driver and Annette Bening. Additionally, Hall, who previously starred in Hedwig and the Angry Inch and David Bowie’s Lazarus musical, appeared in a 2019 Broadway production actually called Skittles Commercial.

In a new interview with Billboard, Hall said that his past Broadway projects helped lead to the formation of the new band,

“Well, Hedwig was the first chance I had to front a band, albeit dressed in full drag and platform heels… and it gave me a good taste of what that feels like. But, I was playing a character and singing someone else’s songs with a bunch of musicians who were playing someone else’s songs, whereas in this case, it really belongs to all of us and emerges from us, so it’s a very different thing. But yeah, I think Hedwig was maybe what led me on the road to feeling what it was like to front a band, which led me to, in a way, doing the David Bowie musical, Lazarus. In hindsight, all roads seem like they were leading to this.”