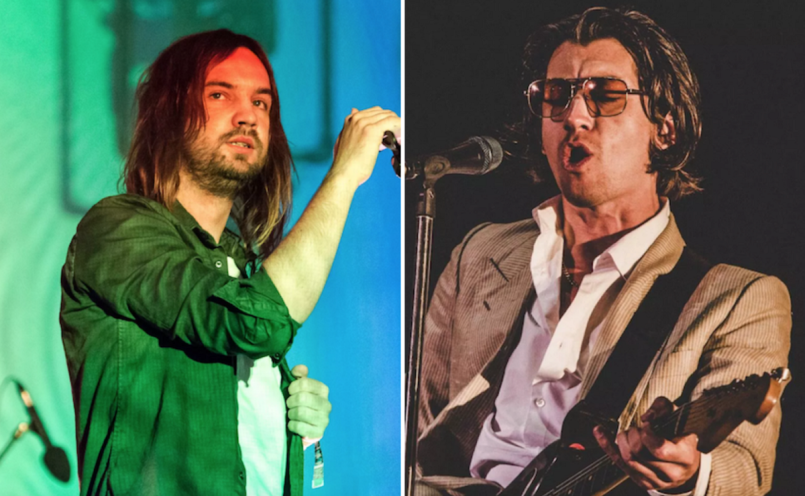 In a new interview, Kevin Parker of Tame Impala expressed his admiration for the Arctic Monkeys’ frontman Alex Turner, saying he’s “in another league to me as a songwriter.”

The praise came in conversation with Matt Wilkinson of Beats 1, as part of a feature called 5 Best Songs on Apple Music. Parker selected tunes by Daft Punk, Led Zeppelin, and Kanye West, but saved his loudest applause for Turner. He hastened to add that that his fellow rocker “can’t play drums as good as me,” and revealed that the two men “live down the street from each other.”

“I was in his pool the other day. He wasn’t there at the time,” Parker said. “I didn’t jump his fence… Yeah. Jumped the fence. No, I didn’t.”

Whether Parker did or did not he trespass in Turner’s pool, his warm feelings seem to be reciprocated. Two years ago Alex Turner was being interviewed by the same Matt Wilkinson when he issued a public invitation for Parker to collaborate with the Arctic Monkeys, saying, “Let’s float, Kev!” At the time that seemed to imply a musical collaboration, but maybe repeating, “I’d float with Kev,” was in reference to a pool party. Either way, the two rock stars seem to be good friends.

Arctic Monkey have been quiet of late, although they’ve earned a rest after releasing Tranquility Base Hotel and Casino in 2018 and then touring extensively. Last summer the band shared a short film Live in Mexico.

Earlier this month Tame Impala released their latest album, The Slow Rush. Kevin Parker’s group will be hitting the road next month as well as headlining a host of festivals this year, including Bonnaroo, Governors Ball,  All Points East, and Tecate Pa’l Norte. Tickets to all of their shows are available here.