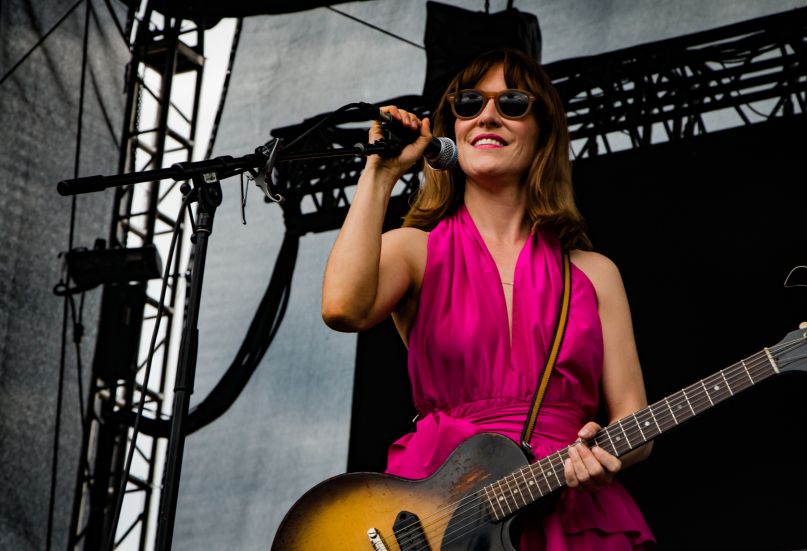 MusicNow is a sister-festival to The National’s Homecoming, which takes place in the band’s hometown of Cincinnati. Both fests kick off on May 8th, but MusicNow runs one day longer, ending on the 10th. The two events will feature a lot of the Dessner brothers; The National are headlining both days of Homecoming, and then Aaron and Bryce will play separate performances as part of MusicNow.

The difference between MusicNow and Homecoming has always been the former’s emphasis on collaboration, as well as its openness to classical music and experimental compositions. To that end, many of the MusicNow performers will be gathering a week before the festival to participate in a residency with 37d03d, the artist collective founded by Justin Vernon and Aaron Dessner. Feist is one such performer, and her Odyssey Project actually came out of a series of improvisations at another 37d03d event. Along with her collaborators Shahzad Ismaily and Todd Dahlhoff, Feist won’t just be tweaking and refining Odyssey Project, she’ll also develop a MusicNOW Chorus on the ground in Cincinnati.

Other confirmed artists include Moses Sumney, William Brittelle, Eighth Blackbird, Sylvan Esso performing a DJ set, and more. In a statement, Bryce Dessner spoke about how the extra time in Cincinnati fits into the mission of MusicNow:

“Over the last 15 years, MusicNow has always been a celebration of our hometown of Cincinnati and a place to bring new music and collaborations to life. We are so excited to present this year’s lineup in partnership with Homecoming, which features many of our favorite artists taking risks together and premiering new music.  The initial idea we had 15 years ago to create a festival that could be about process and creative residencies, and making room for artists with diverse educations and backgrounds, remains a huge part of why we do this. It’s an honor to do this in the city and in partnership with Homecoming.”

Tickets go on sale Friday, February 7th, and are available through the Woodward Theater.

The National are about to embark on a world tour that includes festival appearances at Best Kept Secret, Primavera, and Rock in Rio Lisbon. Get your tickets to all their upcoming concerts here.

Last year, both Feist and Bryce Dessner contributed to the posthumous Leonard Cohen album Thanks for the Dance. Dessner also composed the score for The Two Popes.