The Strokes Detail New Album The New Abnormal, Premiere “At the Door”: Stream

The nine-track LP was produced by Rick Rubin 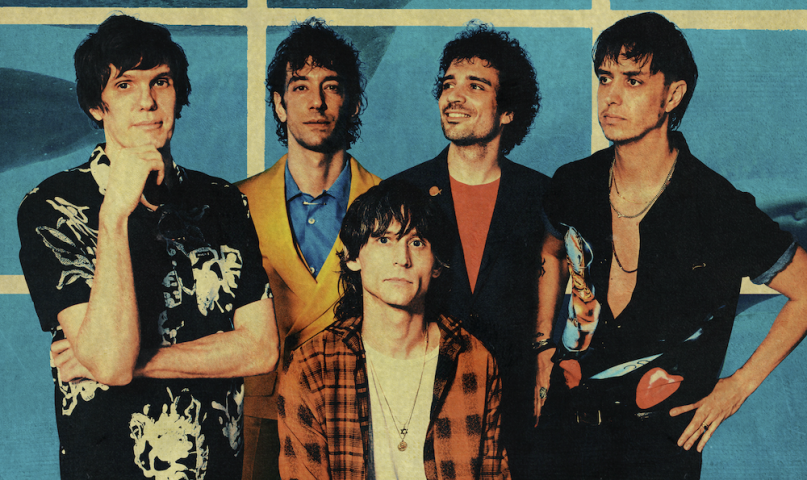 The Strokes, photo by Jason McDonald

The Strokes have officially announced the release of their new album. Entitled The New Abnormal, the band’s sixth full-length will arrive on April 10th via Cult/RCA Records.

The nine-track effort was recorded at Shangri-La Studios in Malibu and produced by Rick Rubin, according to a press release. The album’s cover artwork is a painting by Jean-Michel Basquiat called Bird on Money.

The first single is called “At the Door” and comes accompanied with an animated music video that’s straight out of the ’80s. Writer/director Mike Burakoff presents an intergalactic space battle conjured up by a young boy seeking to escape his own harrowing reality. Watch it below.

The Strokes preceded this morning’s announcement by premiering the aforementioned video, as well as performing another new song called “Bad Decisions”, during a concert/campaign rally in support of Bernie Sanders in New Hampshire on Monday night.

The New Abnormal serves as the long-awaited follow-up to 2013’s Comedown Machine. In 2016, the band released a four-song EP called Future Present Past.

To coincide with the new album’s release, The Strokes have packed their upcoming tour schedule with a number of festival appearances in addition to a brief run of West Coast arena shows in March. Get tickets to these upcoming dates here.