The Wire Creators Share Trailer for New Series The Plot Against America: Watch 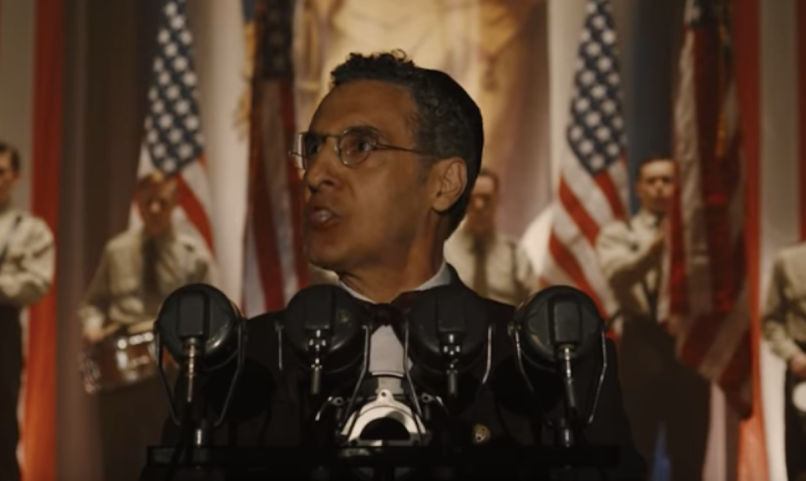 John Turturro in The Plot Against America (HBO)

David Simon and Ed Burns, the creators of The Wire, have shared the first trailer for their new HBO limited series, The Plot Against America.

Based on one of finest late-period books from Philip Roth, The Plot Against America is an alternate history that imagines what Roth’s childhood might have been like if the 1940 election had turned out differently. As the story goes, Charles Lindbergh — the real life aviation hero and virulent anti-semite — runs for President on a platform of “America First,” and beats FDR in a landslide. Lindbergh promises to keep America out of World War II, but his rhetoric about who is and who isn’t American soon has Philip and his Jewish family feeling unwelcome in their own country.

“There’s a lot of hate out there,” a voice says of Lindbergh in the trailer, “and he knows how to tap into it.”

In Simon and Burns’ nine-episode adaptation, the Roth family have become the Levins. Zoe Kazan plays Philip’s mother Elizabeth, and Morgan Spector is his father Herman. John Turturro has been cast as a prominent Jewish supporter of Lindbergh, Rabbi Lionel Bengelsdorf, and Winona Ryder steps into the role of Evelyn Finkel, Philip’s aunt and Bengelsdorf’s wife. Ben Cole plays President Charles Lindbergh. Check out the trailer below.

The Plot Against America premieres March 16th on HBO. It’s one of our 50 Most Anticipated TV Shows of 2020.