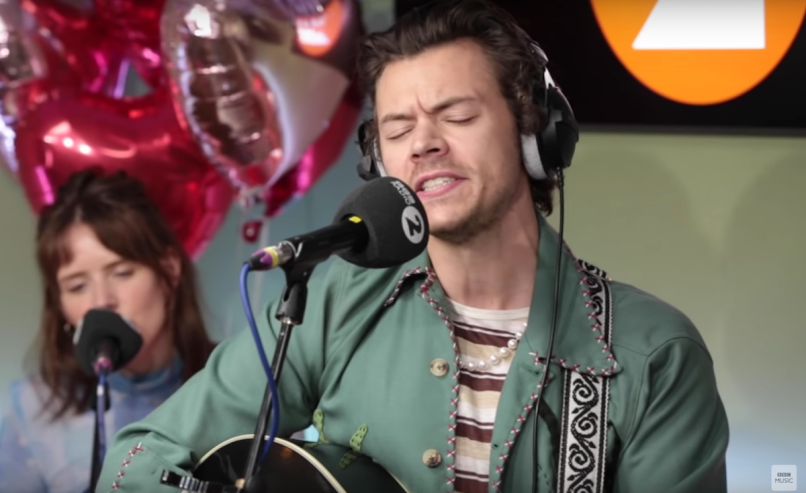 Harry Styles returned in December with a new solo album in Fine Line. However, that hasn’t kept the English musician from rolling out the occasional cover song.

In recent months, Styles has put his own spin on Lizzo’s “Juice” and Fleetwood Mac classic “Landslide” — and performed both tracks live with each respective original artist! He now has another cover to add to his growing resume: “Big Yellow Taxi” by Joni Mitchell.

The 26-year-old artist took on Mitchell’s 1970 single during a Valentine’s Day appearance on BBC Radio 2’s The Zoe Ball Breakfast Show. Much of Styles’ solo material post-One Direction (as well as his fashion aesthetic) has skewed toward the rock of yesteryear, so it’s no surprise how well and naturally he handles “Big Yellow Taxi”. See it for yourself below.

To support Fine Line, Styles is headed out on a world tour beginning March, and he’ll be joined by openers Jenny Lewis and King Princess, our 2019 Rookie of the Year. Grab concert tickets here.