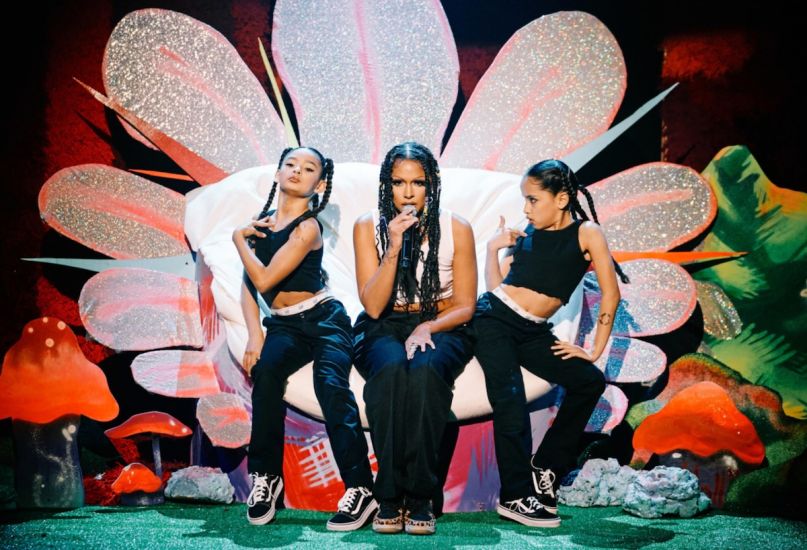 Princess Nokia dropped not one, but two new albums on Wednesday: Everything is Beautiful and Everything Sucks. Later that night, the New York rapper made her late-night TV debut on The Late Late Show with James Corden.

Clearly pumped about her big double release day, Princess Nokia ran through energetic performances of “Green Eggs & Ham” and “Practice”, taken from Everything is Beautiful and Everything Sucks, respectively. Replay the video footage below.

In support of her pair of albums, Princess Nokia will soon hit the road for a tour that includes European shows and festival appearances at Coachella, Governors Ball, and Sonár in Spain. Snag concert tickets here.