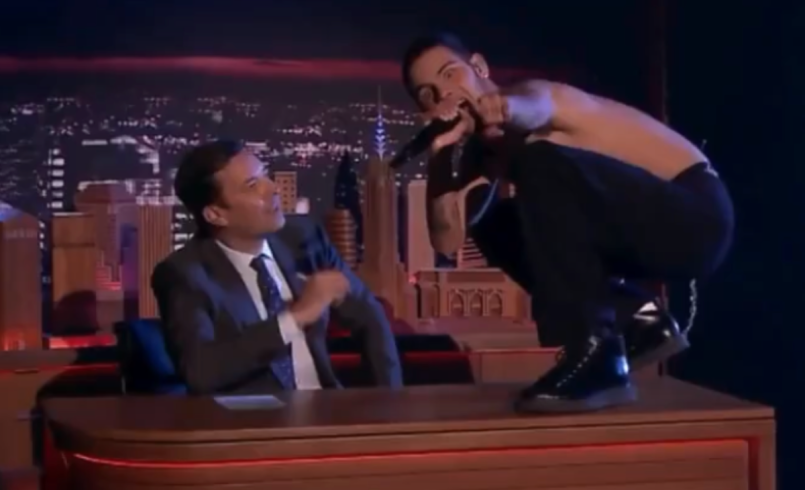 slowthai on The Tonight Show

Last night, British acts slowthai and Mura Masa made their US TV debut on The Tonight Show Starring Jimmy Fallon. And boy, did they leave an impression.

Radiating energy on all fronts, the pair served up their latest collaborative single “Deal Wiv It”. However, it was slowthai who put on an especially rowdy performance — not unlike the truly wild festival sets we witnessed from him all throughout 2019. At one point, the hip-hop prodigy walked off the stage, jumped up onto Fallon’s desk, and rapped right in the TV host’s face. Buckle up and watch it all go down below.

“Deal Wiv It” is off Mura Masa’s newest album, R.Y.C. (Raw Youth Collage), which dropped in January. The producer is touring behind the LP and you can snag your tickets here.

As for slowthai, he’s also promoting his stellar debut Nothing Great About Britain on the road, and concert tickets can be purchased here. He recently featured on a new Gorillaz track called “Momentary Bliss”.