The clip comes in support of Thundercat's forthcoming album, It Is What It Is 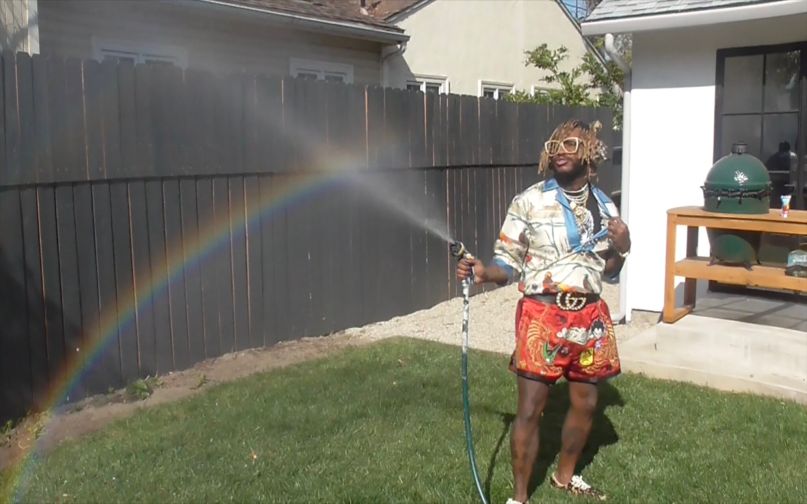 Thundercat in video for "Dragonball Durag"

This April brings the arrival of It Is What It Is, the new album from Thundercat. In anticipation, the jazz fusion maestro is sharing a music video for recent single “Dragonball Durag”.

Directed by Zack Fox, the new clip follows Thundercat as he attempts to woo special guests indie sibling trio HAIM, R&B singer Kali Uchis, and comedian Quinta Brunson. Thundercat is emboldened by a colorful durag he randomly discovers — see him moonwalk across a park! — but not everyone is so easily charmed. Este Haim may have even broken out her signature bass face.

“The durag is a superpower, to turn your swag on… it does something, it changes you,” the musician born Stephen Bruner commented in a statement. “If you have one in the wardrobe, think about wearing it tonight, and it may pop off because you never know what’s going to happen.” Watch the visual below.

It Is What It Is officially drops April 3rd via Brainfeeder and promises contributions from Childish Gambino, Kamasi Washington, and Flying Lotus. The follow-up to 2017’s acclaimed Drunk will be supported with a proper North American tour, which happens to include a show with the incomparable Brittany Howard of Alabama Shakes. Snag concert tickets here.