Stream their new song "Lying on the Floor" 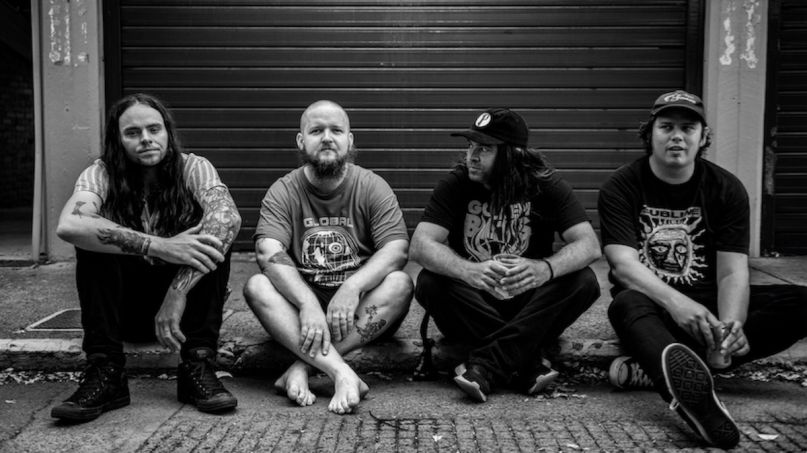 Grunge act Violent Soho are back with a new album and supporting tour dates. The record, dubbed Everything Is A-OK, comes out April 3rd via Pure Noise. To celebrate, they’ve shared a new track called “Lying on the Floor”.

The follow-up to 2016’s Waco, Everything Is A-OK marks Violent Soho’s fifth studio album overall. Technically, “Lying on the Floor” is the first single they’ve shared since announcing the news, but it was preceded by “A-OK” and “Vacation Forever”, which we now know will both appear on the record, too.

“Lying on the Floor” sounds like a wonderful blend of Black Lips combined with Ty Segall. With an undeniably catchy chorus and some pleasing yet crunchy guitar melodies, Violent Soho know the best introduction to a new album is by sharing a song you can’t help but put on repeat.

In the accompanying Michael Ridley-directed music video, Violent Soho can be seen playing the song in a spacious venue. With chic backlighting and a grainy viewfinder, it feels like you’re watching a throwback MTV music video during grunge-pop’s heyday. In other words, it scratches all the best itches. Watch it below.

Violent Soho will play a few shows in the US and Europe this spring in support of Everything Is A-OK. Over the course of four tour dates in April, they plan on stopping in Amsterdam, London, New York City, and Los Angeles. Hopefully more dates will be announced soon, but until then, you can grab tickets to all of their upcoming concerts here.

Below, check out the album’s artwork and tracklist in addition to their full tour schedule.

Everything Is A-Ok Artwork: