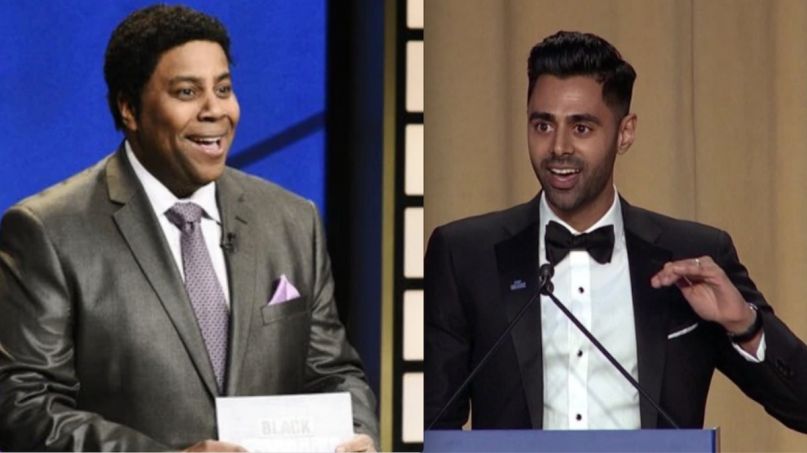 The White House Correspondents’ Dinner is bringing comedy back after a one-year hiatus. This year’s event, which takes place on April 25th, will feature Kenan Thompson and Hasan Minhaj — marking the annual dinner’s first time with both a host and a featured entertainer since Bob Hope and Chevy Chase in 1976.

Standup comedy is a beloved tradition at the White House Correspondents’ Dinner. After a year of grueling work for journalists and politicians, getting the opportunity to laugh at yourself and your peers is usually welcomed. President Donald Trump doesn’t have a sense of humor, though, which explains why he paused the tradition after hearing comedian Michelle Wolf’s iconic set two years ago. In one of the best performances of 2018, Wolf made sharp jabs at Trump as well as his staffers, with a notable dig at Press Secretary Sarah Sanders — Wolf claimed Sanders burned facts and then used the ashes to achieve her “perfect smokey eye” look — going viral.

Wolf’s jokes were blown out of proportion and discussed for way too long after the event. So in place of a comedian, last year’s dinner saw historian Ron Chernow lecture the crowd on the history of journalism and the First Amendment. Unsurprisingly, journalists and politicians wanted to have fun again, so comedy is now back on the menu.

“Kenan and Hasan are two of the most engaged and engaging entertainers in America,” said Jonathan Karl, the event’s president and ABC White House correspondent. “I’m thrilled they’ll help us celebrate the role of a free press in our democracy. We’re looking forward to a lively evening honoring the most important political journalism of the past year.”

So will Trump decide to check out the White House Correspondents’ Dinner comedy performances this year? Given he ordered his administration to boycott last year’s event, probably not. That’s a shame given this may be his last chance to attend the event, or at least that’s what polls — which state 64% of New Hampshire Democrats prefer death by meteor to Trump being re-elected — suggest.