Wyatt Russell In Mind for Escape From New York Remake 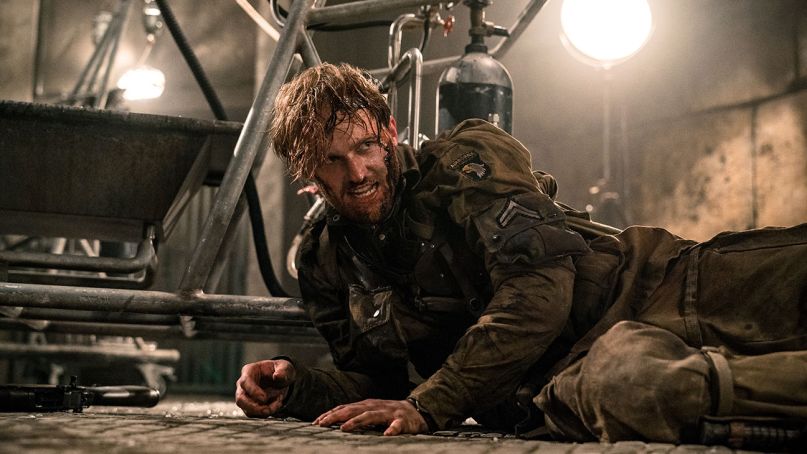 Wyatt Russell may be following his father’s footsteps. Maybe. In a new interview with JoBlo, Upgrade and The Invisible Man director Leigh Whannell discussed his forthcoming remake of John Carpenter’s Escape From New York. Naturally, the conversation involved who might replace star Kurt Russell and take up the eyepatch and boots of Snake Plissken.

“[Casting Wyatt Russell] seems like the obvious thing to win the fans over,” said Whannell of Kurt’s son. He’s not wrong. Not only does Wyatt look just like his father, he also has the chops. Anyone who caught 2018’s Overlord certainly saw glimpses of Kurt in Wyatt’s turn as the ballsy American commander fighting mutated zombies. It checks out.

Whether or not Wyatt would want to take up the mantle remains to be seen, but he has plenty of time to think about it. Whannell is neck high in publicity for The Invisible Man, and has yet to even sit down and write the damn thing. Even so, Whannell sounds like he has a pretty clear mind of the IP, and recognizes the hurdles he has ahead for himself.

“I feel like a property like [Escape From New York] doesn’t have the same freedom as maybe something like The Invisible Man does,” he explained. “He has more elasticity as a character because so many people have had their fingerprints on that. There’s been TV shows and comic books, whereas with Escape from New York, we’re talking about one definitive movie here and you don’t want to mess with it. We’ll see what happens.”

As of now, Whannell is only writing the film, but says “the door is open” to direct. Given Carpenter’s influence on Upgrade, we’re fully anticipating the guy to walk through that door. Here’s hoping Wyatt joins him, and that Carpenter, who serves as executive producer on the remake, squeezes in at last minute as composer. It could happen.

Keep it all in the family.