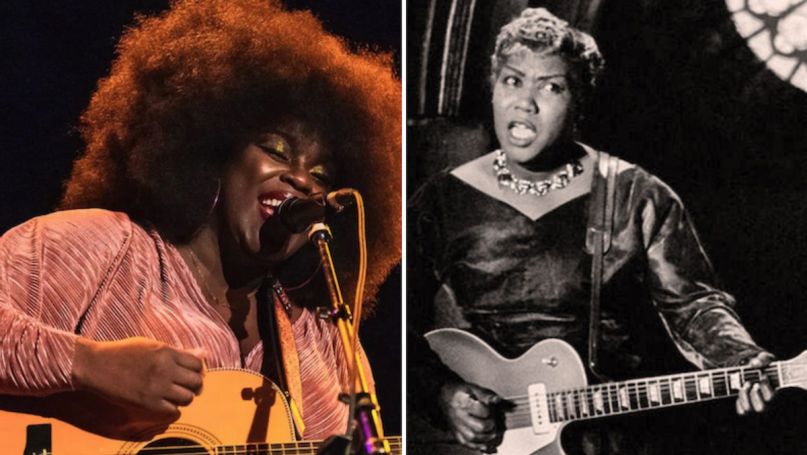 Posthumously inducted into the Rock and Roll Hall of Fame in 2018, Tharpe earned the moniker of “The Godmother of Rock and Roll”. As such, Elvis himself was greatly influenced by the Arkansas native, as were the likes of Chuck Berry and Johnny Cash. Tharpe began her career as a gospel singer, eventually moving to New York City to play with Duke Ellington. Her 1944 hit single “Strange Things Happening Every Day” became the first gospel track to cross over onto what was then the unfortunately titled Billboard race charts (which is now the R&B chart).

Elvis marks Luhrmann’s first film since 2013’s The Great Gatsby. He co-wrote the biopic alongside Craig Pearce, and will produce with his wife Catherine Martin and Gail Berman.

Yola, meanwhile, has a number of tour dates on the horizon, including a run with Chris Stapleton and appearances at Newport Folk Festival, Bonnaroo, and Lockn’ Music Festival. Get tickets to all her upcoming shows here.