Another impressive video from the O'Keefe Music Foundation 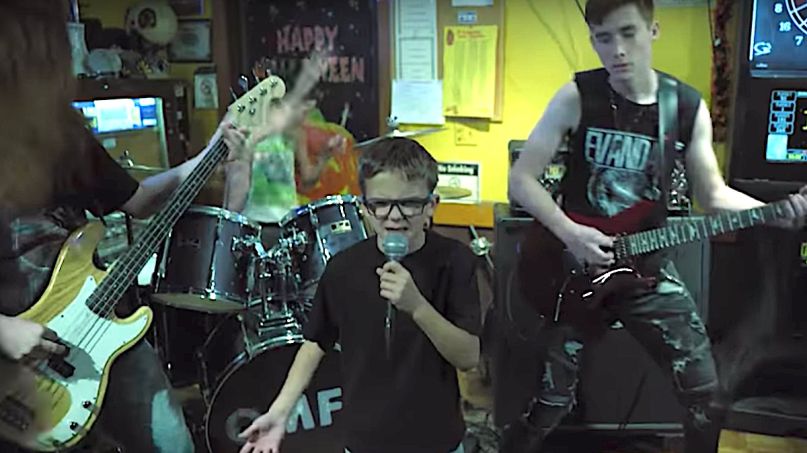 As we’ve seen with recent covers of Slipknot’s “The Devil in I” and Pantera’s “Drag the Waters”, the O’Keefe Music Foundation shines the spotlight on talented young rockers. The nonprofit organization, which produces high quality music videos and recording sessions for young musicians at no cost, has racked up 72 million views on its YouTube channel, including 21 million for a viral rendition of Tool’s “Forty Six & 2”.

The video was filmed at Westy’s Pub in Cincinnati, Ohio, and features a crowd of young fans banging their heads along to the performance. At one point, young Colt jumps up on the bar, as he shouts the song’s iconic chorus.

Lead guitarist Aiden Fisher also gets his time to shine, delivering a passionate solo that serves as an impressive tribute to the late Dimebag Darrell.

In other Pantera news, the band’s official photographer, Daryl “Bobby Tongs” Arnberger, recently revealed that Dimebag was looking to reunite the legendary metal act shortly before his tragic slaying in 2004. Moreover, Dime’s longtime girlfriend, Rita Haney, recently said she would give the seal of approval to potential Pantera tribute performances featuring surviving members Philip Anselmo and Rex Brown, along with Zakk Wylde on guitar.

Watch young Colt Shedden and company rock Pantera’s “Walk” in the video below.